BLOG: Collaboration is key to success for tech community 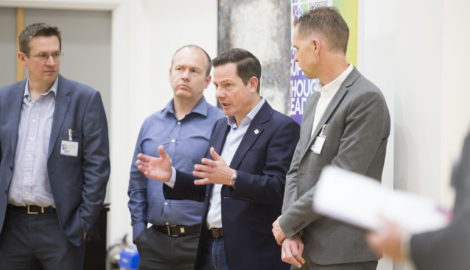 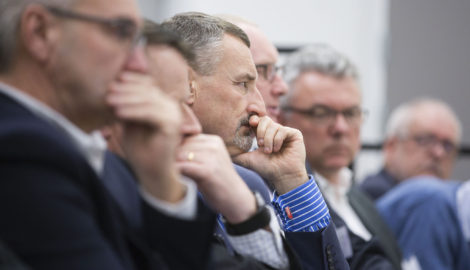 BLOG: Collaboration is key to success for tech community

“Collaboration. I strongly believe this has to be the way forward if companies within the Silverstone Technology Cluster are to really seize the opportunities within high tech engineering.

“I was at the STC’s recent first annual conference and thought it was terrific – it had a very good calibre of companies and people came with the right attitude. Names like Heathrow and DowDuPont actively seeking to get an audience with the Cluster’s companies… it doesn’t get much better than that!

“The audience was bowled over by the projects from the likes of KW Special Projects and TotalSim. But what was more impressive to me is how they – KW and TotalSim – also have collaborated on a number of projects to deliver some truly exceptional results.

“They’ve been able to do that without losing their respective identities or without sacrificing control of their own businesses. From experience when I was building up Flybrid I learnt that you don’t need to give up those things during a collaboration – instead it just leads to bigger and more interesting things.

“For too long within high-tech there has been a company vs company culture – “they’re bidding against me for a piece of work; how can I ever work with them and share ideas?”

“That is not a brilliantly healthy attitude to have and I would like to see that broken down and for companies to get over that hurdle. The enthusiasm at the STC conference suggested to me that many could/would be prepared to do this.

“For too long within high-tech there has been a company vs company culture.

“While I’m not saying it’s going to change overnight, I like to think that out of that conference we could begin gently moving towards a position where everyone feels comfortable in collaborating.   I am in no doubt that the overall capability would be much bigger than anything one single big company that currently keeps on landing the big contracts with car makers, for example, is able to offer.

“Sure, it requires people to start trusting one another. When I started Flybrid in 2007, collaboration was unheard of. Everyone felt like competitors but that is less prevalent now. Certainly Government programmes have been helpful in changing attitudes – you can’t apply for funding for projects from the likes of Innovate UK or the Advanced Propulsion Centre unless you are committed and willing to work as part of a collaboration agreement. It has in some ways forced people down the road of collaboration and, as those programmes have evolved, those people have woken up to just how good it can be.

“Interestingly the MD of one very good manufacturing company with the Cluster told me at the conference that, on reflection, he didn’t see how his company could get involved in a collaborative project because it manufactures, not invent. I don’t believe that’s true at all. A manufacturing company could have just as big a role to play in a project – particularly if they are able to make an end product to the quality that the customer demands.

“Also how much nicer would it be for a company such as his if it were partnered in such a way that it didn’t have to go through a formal quotation process – it just got sent the designs and then got on with job of making the product. Just so long as everyone goes into it with their eyes open and honest about what they want to get out of it… The system could become much simpler and highly profitable for those willing to get involved.

“That is one of the big tricks of any collaboration – identifying which bits each partner is best at. If someone is better at electronics and another is better at mechanicals then do it like that. The final product, after all, is not sensitive. It’s just being sensible about what you each share in getting there. Certainly I’ve never seen people go out and ‘straight copy’ others. It’s actually impossible. Others can see what you do but the really clever tricks stay internal to your business.

“Recently I attended a presentation by Rolls Royce Engines that highlighted just how close the future actually is – that in 15 years we will be shipping digital info to the other side of the world for things to be manufactured locally. Shipping and holding stock will be a thing of the past.

“That’s a vision of the future that should be right up the Cluster’s alley. We should be at the forefront of that.

“Like I say, it might require some work in terms of getting companies and individuals to think collaboratively but that’s what membership of a cluster can do for you. For me, now is a great time for the forward thinking companies to jump on the bandwagon and get on with it.

“You only need to be a few years ahead of the others and you’ve taken a lead that the others will find difficult to catch up to. The digital nature of everything makes collaboration seamless. These are very exciting times for companies – we need to make the most of them.”

Jon’s engineering career started in the early Eighties as an undergraduate apprentice with Rolls Royce military engines and in helicopter engine design. He then joined Cosworth, becoming chief engineer for its Formula 1 engines during the Nineties. He ended the decade in charge of engine design and development for the TWR Arrows F1 Team. In 2003 he was appointed technical director of the Renault F1 team’s engine division. The team then went on to win the 2005 and 2006 F1 world titles with Fernando Alonso. In 2007, Jon together with his business partner Doug Cross, formed an SME called Flybrid Automotive Limited, based in Silverstone Park’s Innovation Centre – from three people this grew into a workforce of 26 and, expanded into 6,300 sq ft premises at the estate, it became one of the world’s most respected names in the design and manufacture of high-speed flywheel based hybrid systems for automobile applications. After selling the company in 2014 he became President of the Institution of Mechanical Engineers (IMechE). He is now Managing Director of a new Northants-based company, Celeratis, an engineering and management consultancy.