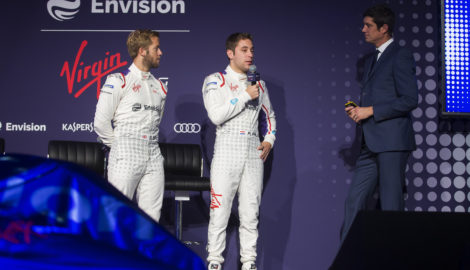 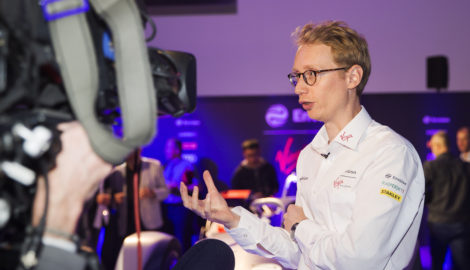 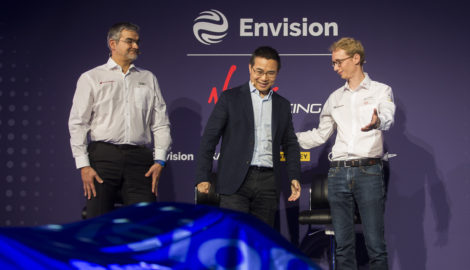 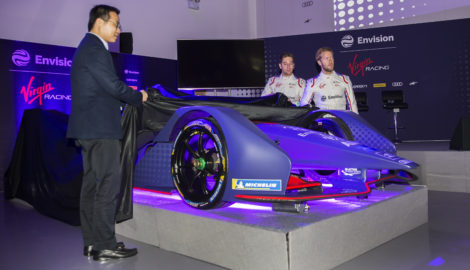 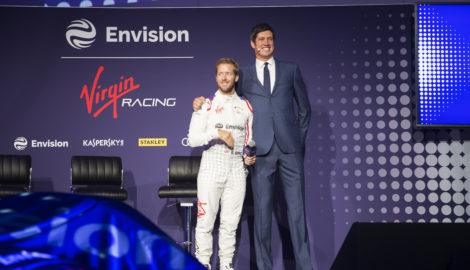 TV celebrity Vernon Kay compered proceedings at a glitzy ceremony in front of more than 100 guests at the team’s 11,000 sq ft Silverstone Park base (CLICK HERE for more images).

Its new Audi e-tron FE05 car is packed full of the technology that the team’s Managing Director Sylvain Filippi says goes way beyond anything yet developed for the road.

“What we have here compared to what you get even in the best road cars is really night and day,” he explained.

“Motorsport is always at the cutting edge of technology, but even more so in the world of electric cars.

“All the technologies we are developing in terms of very high efficiency and very low weight… we are hoping basically to move these as quickly as we can from our race cars to road cars.”

Virgin Racing completed its move to Silverstone Park in March 2018 – part-way through the 2017/18 Formula E season.

Sylvain re-iterated the reasons behind the move to the high-tech estate which is also at the heart of the Silverstone Technology Cluster.

“We had the choice to go anywhere we wanted but for us it was a very easy decision to move to Silverstone.

“If you talk to sponsors in China, for example, they know what you are talking about. They understand the concept and prestige behind it.

“Operationally, here you have all the supply chain, all the partners that you need to build and develop a very good race team.

“But most importantly I would say you have the talent. Here there is one of the best talent pools in the world for motorsport and Formula E is now now at a stage where we need engineers and designers so that we can grow our team and keep pace with the formula.

“Moving to Silverstone Park was a bit of a no brainer for us.”

He also explained more about the types of activity that happens inside the team’s premises.

“The hardware is developed by Audi but the software, the energy management, the strategy that you need in the races – that is down to us here. In Formula E the cars are very evenly matched so races are won and lost on these aspects.”

He also said that there are already plans to expand the team’s offering at Silverstone Park.

“We are having more young people studying for Masters degrees from places like Cranfield University and the plan is to expand these premises to create more programmes such as apprenticeships[.

The team, re-branded Envision Virgin Racing, will now head to the Valencia circuit in Spain to begin an intense testing programme with drivers Sam Bird and Robin Frijns ahead of the new FE season which starts in Saudi Arabia on 15 December.