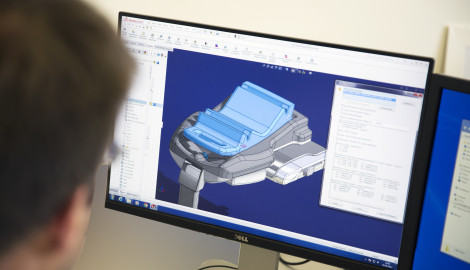 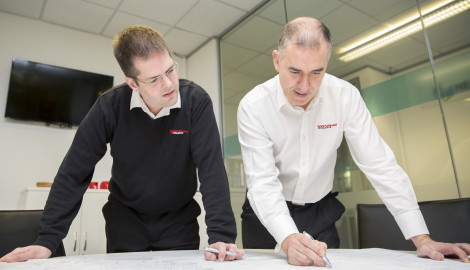 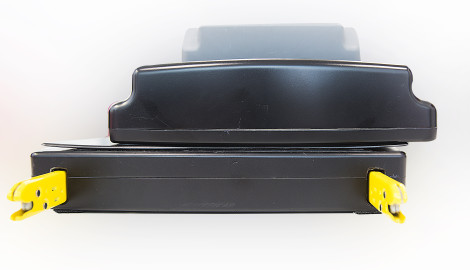 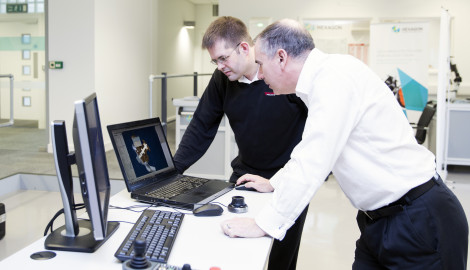 From designing Formula 1 components to a potentially revolutionary child car seat to a breakthrough autonomous agricultural vehicle – it’s all in a day’s work for innovative Silverstone Park-based business Performance Projects.

Aptly, the SME is based inside the estate Innovation Centre with much of its formulated on advanced CAD (computer aided design) systems while core design plus finite element and dynamic analysis are very much part of its skills set.

It’s more than two years since we last focused in on Performance Projects – what it gets up to can be highly sensitive. But what is clear is that things have never been so busy for the company since directors Terence Goad and Chris Horton formed it in 2010.

More recently it has provided major input into an autonomous vehicle for a major agricultural manufacturer and while another of its concepts – a child’s car seat which it has re-designed to slide sideways to create more room in the rear of vehicles – looks set to go into mass production.

Chris explained: “If a brand or manufacturer has an engineering challenge then they call on us to find the solution.

“In a nutshell we take various problems or ideas for products that customers have and create them. This can range from something for a low volume run to producing a fully functioning item for technical appraisal.”

He added: “The agricultural vehicle… this has been a very exciting project. Obviously we can’t name names or go into too much detail but it’s fully autonomous and demonstrates all new-technology on an all-new platform.

“Our bit is the mechanical design – all the bits that bolt together so chassis-engine tract, hydraulic pumps, cooling etc. We design all the hardware for assembly. ‘The tricky bit’ as we call it!”

The company continues to be relied on to provide its expertise at motorsport’s highest levels. In 2017 cars on the grid in Formula 1 and Le Mans Prototypes (World Endurance Championship) are competing using technical input from Performance Projects’ office.

As an aside it has project-managed the production of niche vehicles for a major automotive manufacturer and even royalty – we’re not allowed to tell you in which part of the world!

But one project that really excites Chris and Terence at present is their child seat which has now gone beyond the prototype stage.

“Nobody’s done it before – it is innovative in its field,” continues Chris. “There’s a lot of regulation to make sure it is a useable functioning item and that’s called on our technical ability.

“The seat allows three passengers to use the rear seat of a car which hasn’t been possible before with normal ISOFIX child seats. Our design enables the seat to slide sideways and lock securely into position, thereby creating more space in the middle.

“We’re now at the stage that we term ‘production intent’ – in other words we’re confident enough from market feedback to take it to a production run to be homologated.

“And that’s what the manufacturers are telling us – they don’t want the concept; they are only interested in buying a fully functioning homologated item. By the end of 2017 there’s a very real chance our seat will have gone into mass production and be available in stores.”