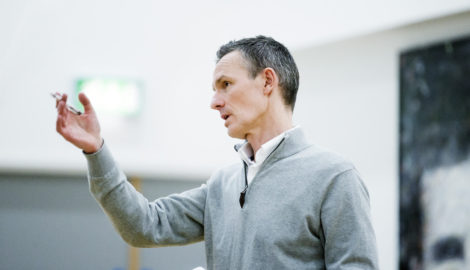 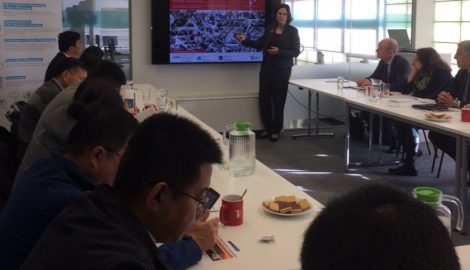 Bucks Business First (BBF) and the Motor Industry Public Affairs Association (MIPAA) have been among the latest government and industry organisations to choose Silverstone Park to host key events.

Last week, BBF accompanied by Bucks Thames Valley Local Enterprise Partnership visited with a Chinese business delegation (both BBF and BTVLEP assisted in Silverstone Park being granted an Enterprise Zone by the government).

They were then shown Silverstone Park’s state of the art Metrology Facility – the UK’s only dedicated sub-contract inspection facility and run by Hexagon Manufacturing Intelligence.

BBF’s Managing Director Philippa Batting said: “Buckinghamshire Business First was delighted to be able to welcome a delegation of Chinese civil servants to the Innovation Centre at the Silverstone Park Enterprise Zone.

“The delegation were interested in the delivery and management of large infrastructure. We shared our approaches to major developments planned and underway in Buckinghamshire, and heard how these differed to the approach taken in China.”

MIPAA Director Dr Heather Yaxley commented: “For the 50th anniversary of the Motor Industry Public Affairs Association (MIPAA), we were looking for somewhere special to hold our annual conference.

“The Silverstone UTC met that brief and also shares our values in helping talented young people to build successful careers in the motor industry.”

She added: “Our theme for the conference – The Technology of Communications | The Communication of Technology – was a perfect fit with all the work going on at Silverstone Park.

“The location is accessible and the service provided by all the team is exceptional. Our speakers and all attendees were very impressed and we look forward to returning to Silverstone Park in 2019.”

The high profile events continue later this month (22 November) when the Motorsport Industry Association (MIA) holds a business networking event on site. This will include tours of the Metrology Facility as well as two occupier businesses: David Brown Automotive (the manufacture of its luxury Mini Remastered and Speedback models) and Delta Motorsport (a leading name in vehicle electrification and hybrid technologies).

For the fourth consecutive year the Niche Vehicle Network (NVN) will then return to Silverstone UTC to host its annual Members Forum (26 Nov). In addition to networking, the fast paced event gives member companies three minutes each to pitch their capabilities to fellow delegates.