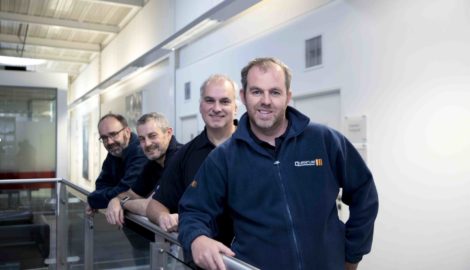 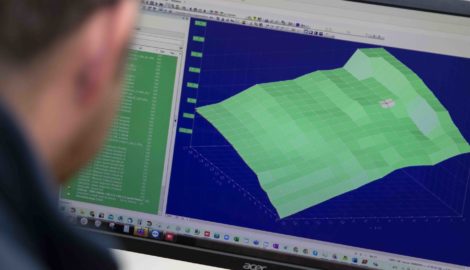 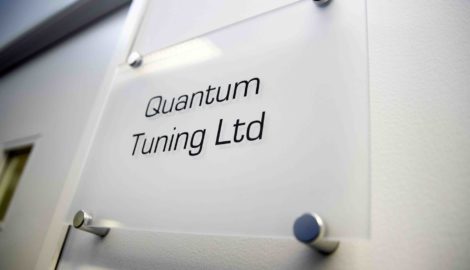 The move enables an even closer collaboration with automotive tuning house specialist Alientech which is now located just across the corridor in the same building – Quantum provides software to Alientech’s vehicle engine control unit hardware products.

But as Quantum’s Files/Technical Director Stuart Banfield explained: “We’ve been working with Alientech for the last ten years. They are an Italian brand and at that time they needed a UK base which we became for them.

“It makes perfect sense to be across the corridor from Alientech but being here also means we are central to a lot of our team – the area is rich in skills in electronics and software development.

“Another big reason we moved here is the location. One of the big things for us was the meeting rooms inside the Innovation Centre – everything is so clean and right for a productive environment.

“You’re not interrupted, it’s not cold and there’s everything you need in terms of facilities – comfort, drinks, projector etc – to give your staff and customers better surroundings to meet and discuss plans. Being right next to the circuit is exciting on its own for them…”

Whilst the main focus of Quantum’s work with Alientech is automotive – improving power, torque and economy through a vehicle’s ECU – it also expands to other, not-so-obvious markets.

Stuart continued: “We cover everything on Alientech’s range, so that could even be a floodlight for a building site which can require better economy. It involves a lot of binary coding with electronic boards (chips) the size of your fingertip…

“We’ve even helped the national Environment Agency in pumping water off a field into a canal and seen our software help increase torque/pressure of water inside oil refinery pipes so they can be cleaned thoroughly.”

Quantum has also found itself called on by movie studios to help solve special effects challenges.

“That’s been interesting,” added Stuart. “In the ‘Mission: Impossible – Fallout’ film, our software was used to turn some trucks into stunt trucks by giving them extra power so they could spin-turn, which they wouldn’t be able to do in real life.

“In ‘The Gentleman’, we provided the details for some re-mapping screens during a workshop scene to make them look and feel real – you only see them properly for a milli-second but the project took six months.”

Quantum is also a keen supporter of training people with an interest in coding and software development.

“Some of our team used to be game planners on the ZX Spectrum computer platform and we’ve even trained a butcher who fancied a career change – we take people from all backgrounds if they can show they understand what we do,” said Stuart.

Furthermore, the business is looking at ways to evolve its software to meet the demands of the growing electric vehicle (EV) market.

“You can’t stand still,” explained Stuart. “Recently a lot of what we do has gone outside Europe into markets such as: Indonesia, where diesel is still a relatively new fuel; Canada, where people have to go two days in the wilderness running logging machinery; Australia, where people want more economy from their pick-ups; or South Africa, where vehicles need to climb to higher altitudes.

“But it’s clear the petrol and diesel market will shrink as EVs take hold. We’re currently exploring ways our work can be applied there. There’s going to be a lot of R&D involved but we are sure it will be worth it.”