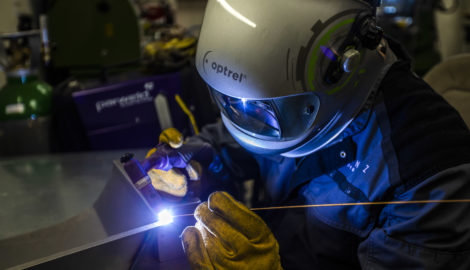 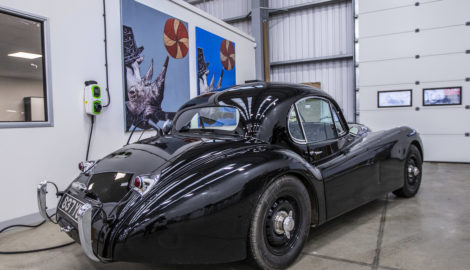 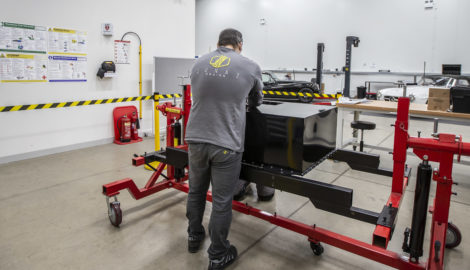 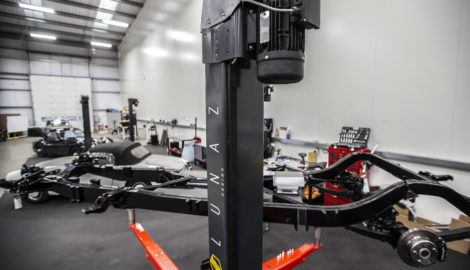 Just 12 months since locating to Silverstone Park, Lunaz Design has predicted it will need to double its workforce to meet increasing demand for electric classic cars.

Its stunning 1950s Jaguar XK120 took just over nine months to convert and is now being used as a test and development vehicle.

At the same time the business has started work on period models from other famous makes such as Bentley, Rolls-Royce and Mercedes which, in turn, has enabled it to plan for the future.

“We’ve made the jigs, fixtures and CAD drawings and done all the engineering work behind the scenes so we can do repeat runs of those vehicles moving forward,” commented MD Jon Hilton, who work closely with business owner David Lorenz.

He added: “We’re now moving from the prototyping phase to production. We are taking more orders for Jaguars (like the first one) and also for vehicles like the Bentley – it is similar under the skin as the Rolls-Royce so the electric conversion is essentially the same.

“We’ve also built up a valuable network of suppliers and grown the workforce to 14 people – we were only four people last spring when we started.”

In fact, Lunaz’s workforce inside its 11,000 sq ft premises could soon rise to 30 by the end of the year – it is currently advertising for technicians and engineers to fill multiple roles.

And as Jon added: “Where possible we always like to develop people in the early phases of their careers.”

Most impressively, Lunaz has taken full control of key componentry that forms the beating heart of its electric conversions with its own battery assembly bay.

“Initially we sub-contracted a few areas but now we’ve started to bring those in-house, including the battery packs and power distribution modules. We are also now writing all our own software,” continued Jon.

“We’ve been very good at attracting people who work in the latest, cutting edge methods and those with traditional craft skills – for example, we recruited a fantastic fabricator who used to make race car suspension; it means we’ve taken fabrication in-house as well.

“We have three cars in build now and expect that to be seven by the end of 2020. In 2021 we expect to forecast to double that again.

“By 2025 we are looking to produce more than 100 cars per year here at Silverstone. That might seem like a big number in this sort of space but we are doing all the engineering to support that – re-engineering the process by which you restore old cars so as to turn them around in five months. And it will need that quick turn-around to achieve those figures.”

He explained: “These are very ‘green’ cars – even if it wasn’t our original intention, we’ve certainly discovered that it’s greener to make an electric vehicle this way as we are not having to also source materials from fresh and make a new chassis, wheels, glass etc. The embedded CO2 in our cars is very low.”

And Jon reflected: “We were reasonably early into this space, but it feels like we are running quickly and staying in front, and we are very pleased with these premises.

“There’s not really anyone else working at the high end like we are.”