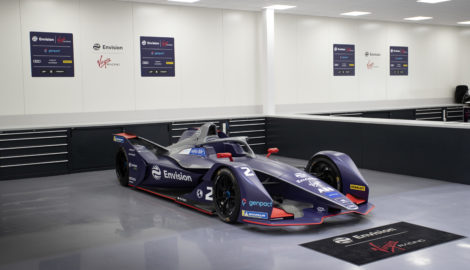 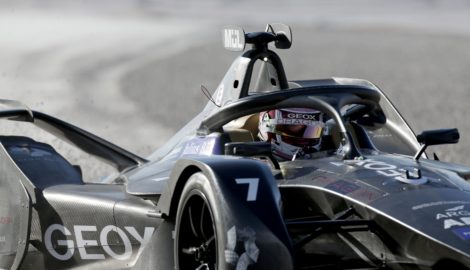 Designed to further develop and improve its already extensive race preparations, the UK-based team moved to its new 12,000 sq ft premises facilities at Silverstone Park in 2017.

Central to the expansion programme has been the installation of a cutting edge VI-grade race driving simulator, complete with monocoque and Halo.

This has allowed the team and its drivers Sam Bird and Robin Frijns to better prepare for the challenges of Formula E’s temporary street circuits.

CLICK HERE for a video looking at the team’s new simulator which was recently sampled by members of the press.

Each adheres to the ‘Very Good’ energy sustainability standards set by the government’s BREEAM agency, in line with the team’s long-standing environmental commitments and its ‘Race Against Climate Change’ programme.

Its HQ also has three dual AC charging stations allowing up to six electric vehicles (EVs) to be charged at once.

After finishing third in 2018/19, Envision Virgin Racing will hope to get its 2019/20 Formula E season off to a winning start in the opening round in Saudia Arabia this Saturday (22 Nov). But it faces tougher-than-ever opposition with the likes of Porsche and Mercedes joining the world’s biggest electric race car category.

Team MD Sylvain Filippi said: “We know consistency and preparation is going to be crucial, make or break in fact, so we have put huge emphasis on this from our driver line-up through to our entire team personnel, and now of course with our simulator, which we expect to be a very important tool for race strategy preparation and driver training.”

Also on the FE grid will be the GEOX Dragon Racing team which recently joined Envision Virgin Racing in locating to Silverstone Park.

GEOX Dragon Racing is now housed in a 9,900 sq ft property which has recently undergone a new fit-out.