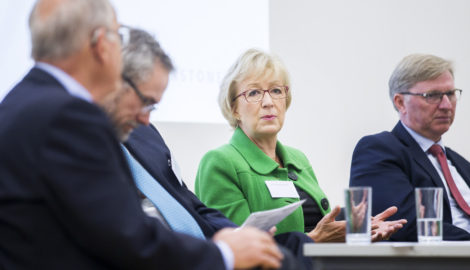 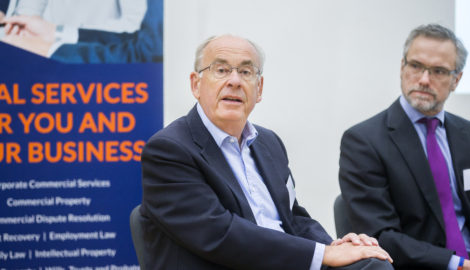 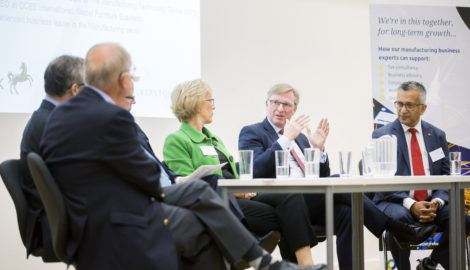 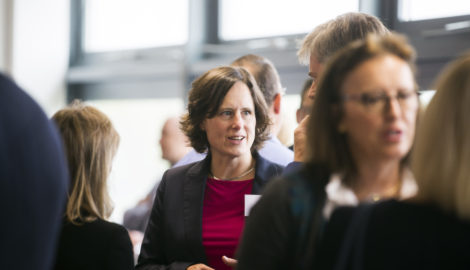 Political and industrial figures – including MP for South Northants and Leader of the House Andrea Leadsom MP – provided lively debate during a Future of Manufacturing (post-Brexit) forum held at the Silverstone University Technology College in October.

MEPC’s Roz Bird, Commercial Director at Silverstone Park and Chair of the Silverstone Technology Cluster, gave an opening speech in which she touched on a need for improving both collaboration between businesses and attitudes among young people to the benefit of high tech engineering in the UK.

This was seized on by the following panel before an audience of representatives of businesses involved in manufacturing in the region.

Tom Brown, an experienced business leader in the manufacturing sector, commented: “I think one good thing that could come out of Brexit is that we start to train and motivate our young people rather than casting them to one side and importing skills from elsewhere.

“I was interested in what Roz said in her introduction about trying to build attitudes in schools here and that to me is incredibly important.

“We have so many youths coming out of schools who would rather play video games than get up in a morning and do an apprenticeship. Colleagues of mine who run engineering companies and good apprenticeship schemes can’t get enough applicants. I think it’s going to take a generation for this to feed through.”

Andrea Leadsom said that it was important to channel young minds and prompt them to consider careers in “engineering and the technology-driven skills of the future”.

Overall educational attainment has improved in schools, she continued, due to a greater focus on core subjects and STEM (science, technology, engineering and maths), but that schools and teachers should promote apprenticeships as much as they promote university degrees.

She said: “I have six secondary schools in south Northants and pupils at some are telling me that they are encouraged to go to university but discouraged from apprenticeships.

Nigel Knapp, Business Development Manager for The Manufacturing Technology Centre, went further, adding: “It doesn’t just need to be the young but everyone saying ‘we are proud to make things in the UK’ and if we start to discuss those things, even over the dinner table, then it will start to have an effect.”

He also called for greater collaboration among businesses so as to achieve bigger things. “Businesses need to scan the horizon and see that down the road there is someone doing something very similar and that if they got together they might do twice as well,” he continued.

“This is a strength of Germany – they are family businesses but they talk together and work together and share resources. We are not good at that.”

However Will Stirling, former Editor of The Manufacturer, believed that businesses should be allowed to freely importing talent from overseas.

He said: “I think it’s laudable to say that Brexit is an opportunity to upskill graduates, high level apprentices and post grads in STEM subjects so that businesses can have British workers rather than relying overly on imported workers.

“But in my experience in the media you come across a really good SME or larger company that’s doing something interesting in R&D and it’s a mix of British people, European people and rest of the world qualified people.”

Others to sit on the panel included Professor Rajikumar Roy, Director of Manufacturing at Cranfield University, Alistair Gough, CEO at OCEE International and Sarah Franklin, Head of Dispute Resolution at Franklins Solicitors which co-hosted the event with MacIntyre Hudson.