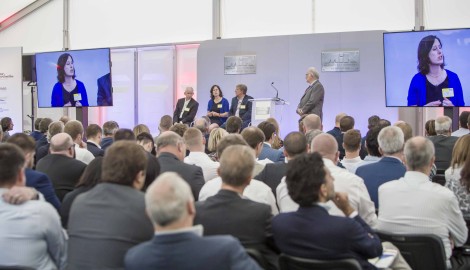 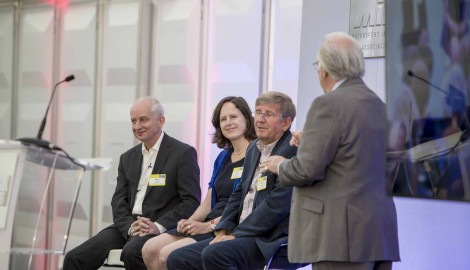 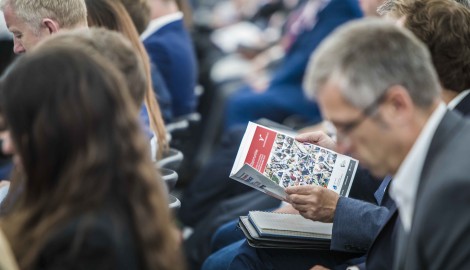 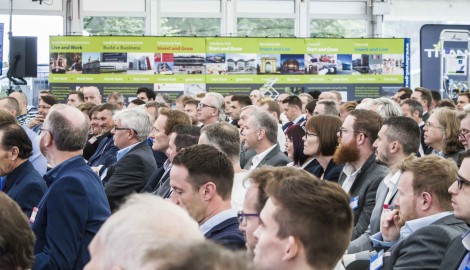 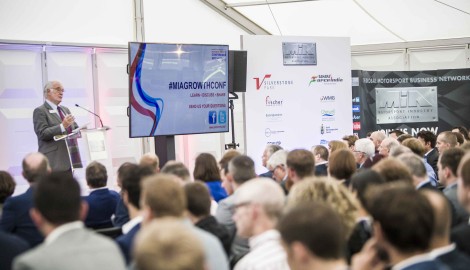 Silverstone Park Commercial Director Roz Bird’s message to an audience full of high-tech engineering companies and senior industry figures on the eve of the British Formula 1 Grand Prix could not have been clearer: “We’re here to help so keep calm and carry on – your country needs you.”

Roz was a guest speaker at the Motorsport Industry Association’s annual Business Growth Conference, held at the Sahara Force India F1 team’s headquarters next to Silverstone Park. Others on stage included major technical organisations such as Williams Advanced Engineering, McLaren Automotive and Innovate UK as well as the MIA and Force India…

With a theme of ‘driving success in a rapidly changing world’, she was quick to remind companies of why being located at a science park such as that being developed by MEPC at Silverstone Park would give them their best chance of success in the current climate. MEPC has just been granted new planning consent for 2.1m sq ft of commercial development across the 131 acre site…

“These are uncertain times,” she told the audience, “but the capabilities of businesses like yours are globally recognised and organisations like the MIA and the Silverstone Technology Cluster and places like Silverstone Park are set up to work with you, meet your needs, provide business support and opportunities so you can make strong recommendations to your board, make decisions with confidence and take advantage of new the technology opportunities that are coming around the corner at the same time as Brexit.”

Roz highlighted how market research had shaped MEPC’s thinking when it took on development of Silverstone Park in 2013 to deliver an environment that worked for businesses looking to grow.

“We believe in customer feedback and that certainly helped shape our strategy,” she enthused. “Come to us and we have the flexibility to accommodate property needs as companies grow – we have options on the land to develop facilities as a business expands. We’re not going to stand in their way; we’re going to help them.

“Another great thing is the community spirit we’ve developed with our social activities for companies: it enables them to attract and retain the best staff. Locate to a science park like ours and it gives you the best chance of success. We understand what businesses need to thrive and we take care of things for them.”

Next week will mark a year since the Silverstone Park Metrology Facility first opened – the UK’s only dedicated sub-contract inspection metrology facility which further demonstrates how MEPC is helping high-tech companies from across the region to develop.

“Again, based on customer feedback, we knew it was important to provide access to specialist equipment and that is what the Metrology Facility does,” explained Roz. “Inspection and verification is a key aspect of industry so we worked with Hexagon Manufacturing Intelligence to ensure small, fast-growing companies have access to the right kit as well as training and networking.”

Roz also pointed to the relevance between motorsport and the Silverstone Technology Cluster – the region within a one-hour radius of Silverstone highlighted in a well-documented report commissioned by MEPC for being home to exceptional engineering capabilities and activity.

She said: “The Cluster has evolved from many motorsport companies into something that now has all sorts of capabilities in a multitude of sectors such as aerospace, satellite, medical and defence. We want the Cluster to be seen as a jewel in motorsport’s and the MIA’s crowns. The Silverstone Technology Cluster is being seen by Government as having latent potential – it will become a key component of the promotion of UK plc, post Brexit, and we want to maximise that opportunity for the high-tech companies we work with.”