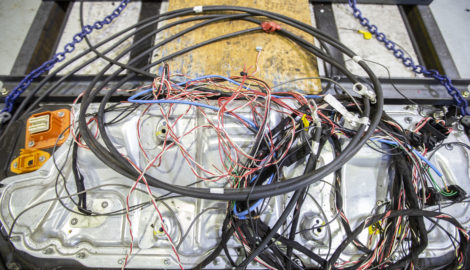 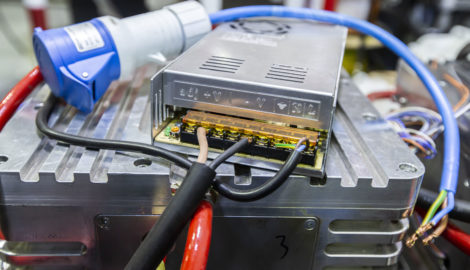 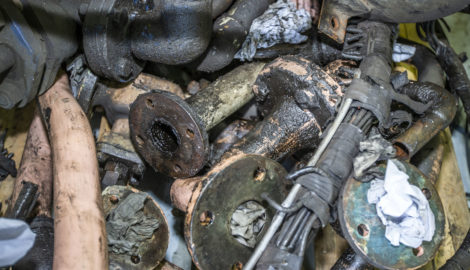 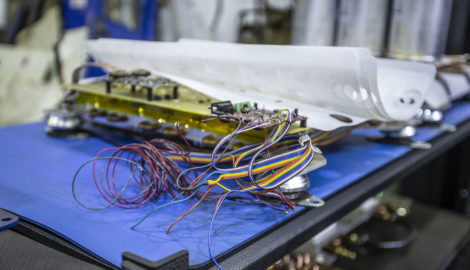 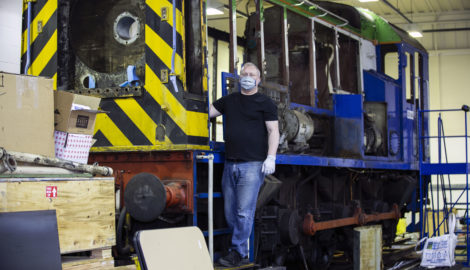 It’s fair to say electrification specialist Meteor Power’s latest project is on a gigantic scale – converting a classic 50-ton diesel locomotive to hybrid power inside its premises at Silverstone Park.

This particular locomotive, around 60 years old, was previously used to shunt the Royal Train at Wolverton, near Milton Keynes.

Later de-commissioned, it was discovered by Meteor in its quest to carry out its hybrid project after its proposal to carry out the conversion was approved (and funded) by the Department of Transport.

Transporting it from Wolverton to Silverstone Park and then fitting it inside Meteor’s 2,114 sq ft workshop was a delicate process that took one and half days in all to complete.

When complete, Meteor founder Mike Edwards says the new 6.8 litre range extender, fitted in place of the original 92 litre diesel engine, will result in a 95% reduction in nitrogen oxides (NOx) and hydrocarbons. Cuts in carbon monoxide and dioxide levels will be similar.

Mike explained: “Lots of locos are still really useful at what they do – shunting rolling stock or delivering freight on the mainline. But there’s a lack of spares and componentry to keep them going and the overhaul costs can be significant.

“With this project, we’ve identified the opportunity to drastically reduce emissions and increase the return on investment for businesses with a big saving on fuel usage – between 40% and 60%. That will make a big difference on some of the mainline freight locomotives where the market is so competitive that any profit is often only from the very last wagon.

“We predict this locomotive will leave us towards the end of August before it goes on a three-month trial with a regional passenger rail company that is showing interest in having us build two more for them.”

Marrying latest electric/hybrid technologies to such a large and dated vehicle has been complex, but the five-strong Meteor team has real expertise.

“Electrification is the core of our business – between us we have a lot of experience in electronics and software development as well as mechanical engineering,” added Mike.

“With the locomotive, it’s not just about providing propulsion but also added capabilities such as regenerative braking and achieving more precise control of the traction systems.

“The biggest challenge is integration of the traction motors because the designs are from the 1950s. We’ve had to develop electronics to control these things and a lot of the development has had to be as gentle as possible on the ageing technology.

“It’s an incredibly complicated piece of kit – every motor has two controllers; every box has its own microprocessor. Even the auxiliary power systems, for compressors etc, have their own control system, all feeding back into a central microprocessor. In all, it requires an incredible amount of computing power.”

Intricate motors and generators to charge batteries, plus fans to keep those systems cool have also had to be factored into designs. Power will reach around 500 volts with the locomotive continuously using between 500 to 1,000 amps.

The battery to power the locomotive is equivalent in size to four 75 kWh Tesla battery packs – that’s 17,664 individual battery cells, each capable of delivering well over twice the power of typical AA batteries.

Mike continued: “We are already looking at converting a 110-ton locomotive with the capability of 70mph speeds, plus a few special projects, including the ability to tow in the region of 2,500 tons of steel. So we will likely be looking for new premises at Silverstone Park for that!

“Silverstone Park is the right location for a company like ours.

“We have lots of innovative designs but have to convince investors to get behind us – the Silverstone Park name helps.

“You can phone anyone in the world and say we are from Silverstone and they have heard of it; it means something. There is an automatic association with motorsport which is exciting but also cutting-edge technology – they know you are serious.”