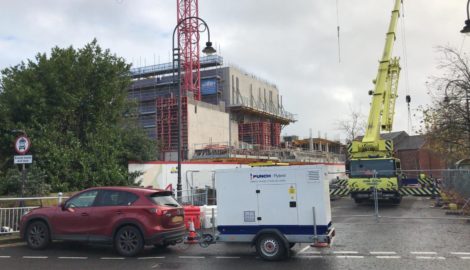 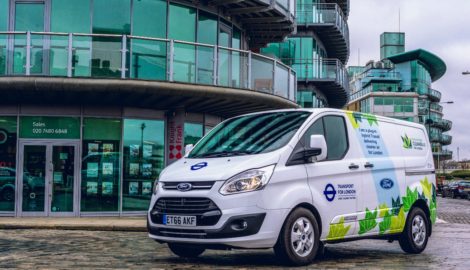 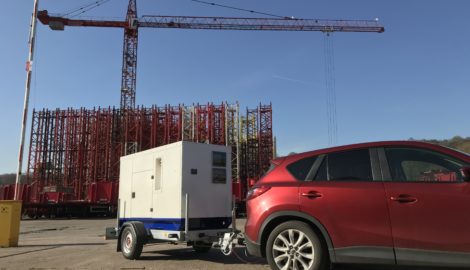 Two latest designs by Silverstone Park-based business PUNCH Flybrid, a world leader and innovator in flywheel energy storage engineering, are helping to significantly reduce pollution in inner cities in both the construction and automotive industries.

Notably, both systems have been designed, manufactured and put through their initial test phases inside PUNCH Flybrid’s 4,700 sq ft premises at the estate which include modern workshops, R&D facilities and office space.

One system is providing energy at high power rates for generator sets – these power giant cranes on construction sites, in major cities like Liverpool and London.

As MD Tobias Knichel explained: “Often on a construction site there is no connection to the National Grid, so cranes are powered by generator sets.

“When they lift heavy loads there is a big power spike – our system injects energy at high power to cover these power spikes. As a result, the size of the generator can be reduced by a factor of three and we have recorded fuel savings of more than 50%.

“The emissions being saved are the equivalent of 21 road cars which we think is quite remarkable.

“As well, the system can last for ten million charging and discharging cycles and operates well in remote areas and harsh environments.

“Reliability and robustness are key criteria in the construction industry – if the crane cannot be powered, the whole site stops working.”

In automotive, PUNCH Flybrid has entered an exciting collaboration – part-funded by the Advanced Propulsion Centre – with Empel Systems and Shield Group to create a plug-in hybrid electric Ford Transit van with a flywheel hybrid system. The demonstrator vehicle is being built by Prodrive.

“Again, such a powertrain is of real benefit for inner cities,” continued Tobias. “There are so many delivery vans constantly starting and stopping and this project is looking to achieve a reduction of 25% of the vehicle’s emissions.”

Tobias added: “Our product used in generator sets has entered production. Whilst its first production application is in generators, it can also be used on off-highway machinery such as excavators, or in the marine industry on ships.

“The first van with our new flywheel system will drive later this year and will be demonstrated at the LCV CENEX event in September. This system is really compact and could be used as well in trucks, buses and cars.”