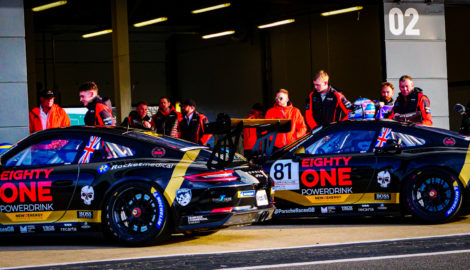 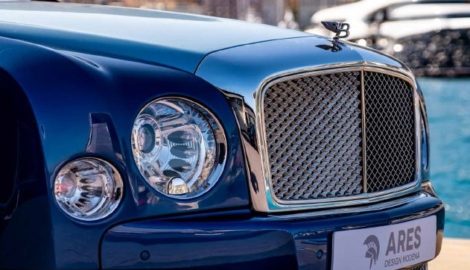 EIGHTY-ONE, an energy drink and mineral water manufacturer that partners with the Racing Heroes motorsport team for wounded and disabled military veterans, has become the first business to agree terms on new commercial premises being constructed in Silverstone Park’s Enterprise Zone.

The business, launched by entrepreneur Pit Heeb in Switzerland five years ago, will occupy one of seven stand-alone industrial units.

These are being constructed alongside a further six terraced properties as part of the latest 258,000 sq ft speculative scheme in the Enterprise Zone by Silverstone Park developer MEPC.

EIGHTY-ONE’s unit will be 26,330 sq ft in size, forming the drinks headquarters in the UK, and will also serve as a base for its partner company, Racing Heroes.

Complementing this, performance and luxury vehicle manufacturer Ares will open a workshop and ancillary vehicle display for its bespoke sportscars including Bentleys, Porsches and Lamborghinis.

“We are excited by EIGHTY-ONE’s business model and the product they are developing, as well as their work in motorsport which is so supportive of gender equality and diversity.

“It’s also great that Silverstone Park is attracting companies from overseas who want to be a part of the vibe and the business community that we have created here.”

Racing Heroes founder Peter Knoflach, a former international sportscar racer and director of both EIGHTY-ONE UK and Ares, explained: “Our new facility is set to provide a fantastic home for the Racing Heroes team, as it prepares to take on an exciting programme of races both in the UK and beyond.

“In total, 80 per cent of the team consists of wounded and disabled military veterans, who we train as race engineers, mechanics and drivers. This gives them a whole new career after what they have been through. Our unprecedented goal is to field a race team of disabled female drivers at the Gulf 12 Hours in Abu Dhabi this December.

“Our EIGHTY-ONE drink sales and service teams will be based in the same building as the race team, where we anticipate employing between 20 and 30 people. Logistically and geographically, Silverstone is the perfect base for us.”

EIGHTY-ONE is preparing to launch its energy drink and mineral water in other countries such as Canada, the USA, Argentina, Mexico, Austria and Germany, but the UK will be its first big market outside Switzerland. The drink is expected to appear on shelves later in the summer.