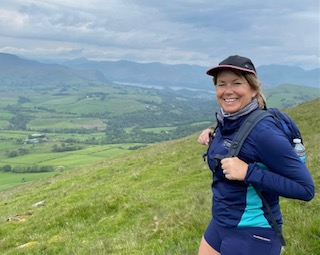 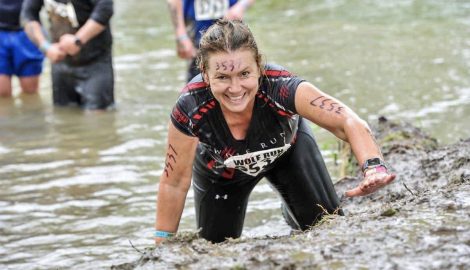 From scaling mountains and running gruelling marathons to mixing it with boxing royalty and, more recently, oil paints – Gill Bettles does not sit still much in spite of her role as receptionist in the Silverstone Park Innovation Centre.

Gill joined Nicola Smith as the ‘reception duo’ in February and says: “I’ve held similar roles before in therapy centres and also worked on the shop floor for John Lewis and Waitrose.

“I like working with people which is the best part of this job and it’s a very good team of people to work with.”

Away from work, Gill, 58, can often be found at the considerably higher heights of some notable peaks – a keen hiker she has already completed the Welsh and Yorkshire Three Peaks challenges.

Next month (September) she will take on the National Three Peaks Challenge of Ben Nevis (Grampians), Scafell Pike (Cumbria) and Snowdon (Snowdonia) inside 24 hours – all in aid of the NHS Blood & Transplant Charity Fund.

“From the moment you step foot on Ben Nevis you’ve got just 24 hours to get up it and back down, same again for Scafell Pike and then on to Snowdon to reach the top – that includes the driving which someone else does, thankfully!”

A keen traveller, even when on holiday she cannot sit still and, with husband Ian, will often feel the need to ‘go high’.

“Climbing in Madeira was spectacular as were the volcanoes on Lanzarote, but if there’s one place the stands out for me it’s the Maldives – it’s so relaxing and each morning you can just go out snorkelling in the sea.

“We’re not ones for sitting around the pool – if we’ve gone somewhere we like to get out there and explore (other ‘somewheres’ include such as San Francisco, the Caribbean and “most of Europe”.

It was on holiday that Gill discovered she had a skill for oil painting. “I was with my daughter and picked up a set at the airport and found out I was quite good at it!

“Now I take commissions and paint people’s pets, although landscapes are my favourite – that’s my happy place.”

So what’s boxing got to do anything? “Oh yes. Ages ago, in the Eighties, I was at a corporate event and later found out I’d been sitting at a table next to a really famous British boxer of the time, Henry Cooper – I didn’t have a clue who he was.”