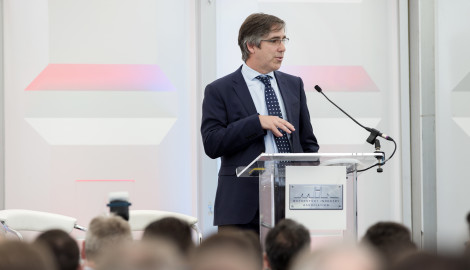 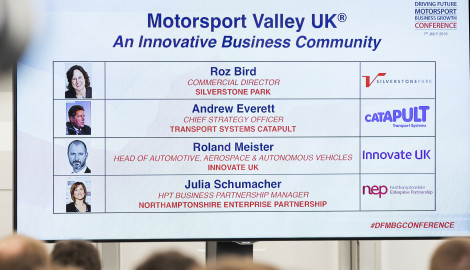 MEPC’s development of Silverstone Park as a global business destination for high-tech engineering and businesses growth has continued to receive praise from senior industry figures – this time following the impact it made on a major automotive industry conference on the eve of Silverstone’s British Formula 1 Grand Prix.

It is designed to showcase the strength of the UK’s engineering industry to a national and international audience and drive inward investment opportunities into the local area. It was part of an intensive, week-long programme of activity that included technology tours and high-profile networking seminars.

“Clearly MEPC is committed to pushing not only Silverstone Park but also, along with its partners, the surrounding Silverstone Technology Cluster which is home to so many outstanding high-tech companies who contribute so much to automotive in the UK.

“MEPC’s support of last week’s conference aligns very much with the AIO’s responsibilities in terms of encouraging investment into the automotive sector and helping its suppliers grow through exports.”

And said Julia Schumacher, High Performance Technology (HPT) Business Growth Manager for Northamptonshire Enterprise Partnership: “On behalf of the joint LEP HPT group, I’d like to thank MEPC and Silverstone Park for supporting the conference and the overall programme of activity in the week leading up to the Grand Prix.

“The joint LEP HPT group have been the driving force behind this initiative for the last three years and each year MEPC and Silverstone Park have been a major supporter and sponsor, directly contributing towards the success of the event. In 2014 and 2015 this programme of activity generated over £5m of secured business opportunities between overseas companies and local HPT businesses and we are optimistic that the 2016 activities will result in a similar outcome.

“The recent report titled ‘Evolution of the High Performance Technology and Motorsport Cluster’ which MEPC commissioned gives testament to the strength of the HPT industry in and around Silverstone and also highlights the great potential for future growth.

“Events such as the Driving Future Motorsport Growth Conference build on this report and the joint LEP HPT group are delighted to be working with MEPC and Silverstone Park to drive further economic activity across the region.”