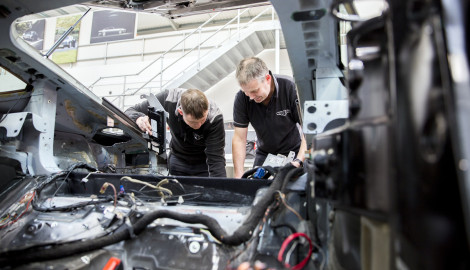 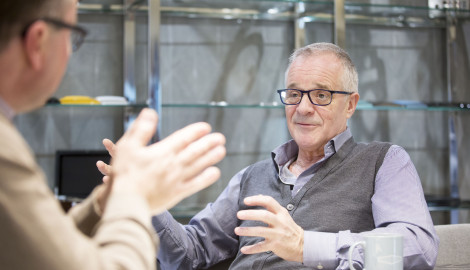 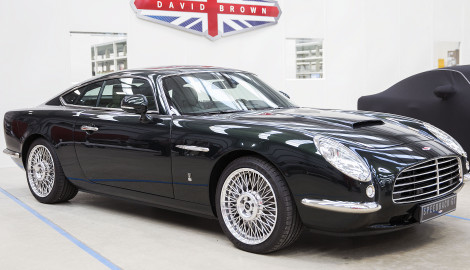 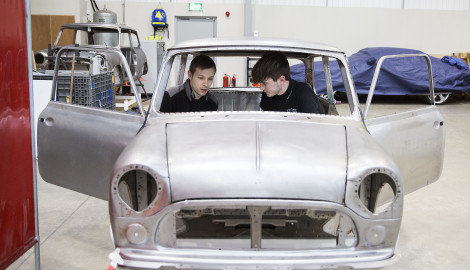 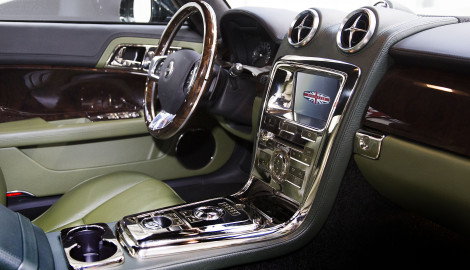 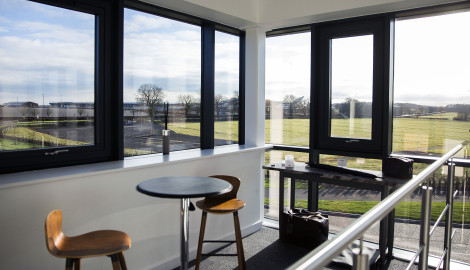 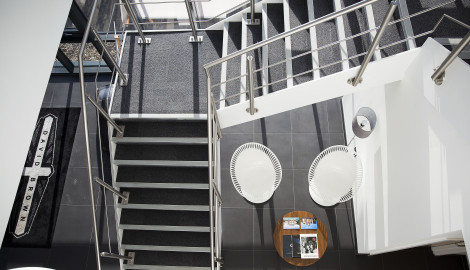 David Brown Automotive has moved its headquarters and production of its niche luxury vehicles – the Speedback GT and Mini Remastered – into new 18,000 sq ft premises at Silverstone Park.

It becomes the third company using high-tech processes to move into industrial units that are part of a 125,000 sq ft speculative development at the estate with Enterprise Zone status.

A number of key factors were behind David Brown Automotive’s decision to move to Silverstone Park. Company founder, David Brown said: “It had to be somewhere that gave us the right kind of customer-focused ability and a pedigree of low-volume, niche automotive manufacture, plus Silverstone Park quite simply had the best sized premises for what we needed.

“Getting here is straightforward, particularly from London and abroad and the Silverstone name also influences a great deal; it’s just a great place to be.”

The “brilliant” skill set of companies in the surrounding Silverstone Technology Cluster also had a bearing. He continued: “These are very rural surroundings and it amazes me that hidden down a country lane you can find a company with ten five-axis CNC machines capable of making anything you need.

“I am guessing a lot of that is borne out of companies and individuals being originally connected to motorsport. The region is clearly full of highly-skilled technicians and companies with great manufacturing abilities.”

Back to production and there is a significant twist with David Brown Automotive’s end product: each car starts out using traditional coach building skills, combined with state-of-the-art technology during both development and assembly.

Both Speedback GT and Mini Remastered draw on inspiration from the Sixties with around 70 per cent of sales made to overseas buyers. David hopes the company can in the not too distant future produce ten Speedback GTs and close to 100 Mini Remastered vehicles per year.

An astonishing 8,000 hours alone go into handcrafting a Speedback GT before it is sold for £495,000 excluding taxes. Mini Remastered is a little more affordable: £75,000 before tax…

“We use a strapline for the business which is ‘coachbuilding for the 21st century’,” explained David. “Depending which product it is, we either remaster classic Minis Ms back up to and then well past their former glory; with Speedback GT we build a newly designed car reminiscent of the 1960s but which incorporates all the technology and functions you take for granted in a modern car.”

David hails from an engineering background in heavy earth moving equipment. He’s also been a successful rally driver and he explained: “Speedback GT was borne out of a classic car rally I did some years ago when I drove a Ferrari Daytona convertible – it was one of the best cars I’d ever heard of until I drove it. It was awful and when it broke down in 95 degree heat I was glad to hire a small modern hatchback to keep me going!

“That reminded me just how good modern cars are and I thought it would be nice to combine the shape of Sixties and put a contemporary powertrain and systems into it, alongside modern day accuracy in its build and assembly. That was one idea, combined with seeing from a manufacturing point of view that you could make some really beautiful things in the old style but in a new way with exceptional quality.”

Every area of every vehicle produced is measured as precisely as modern technology will allow – this is achieved in part with on-site help from the Silverstone Park Metrology Facility whose Hexagon Manufacturing Intelligence machinery is used by Formula 1 teams and manufacturers of medical devices among others and is accurate to sub-micron levels (less than 1000th of a millimetre).

David commented: “A lot of digital information is used. With Speedback GT, we initially built a full-scale clay model which gave us the references for all the A surfaces of the car. That digital information was then used to make the tooling over which the handcrafted panels are measured and built against.”

What David Brown Automotive is creating at Silverstone Park is almost unique in the automotive world: cars with performance and reliability only made possible by modern-day engineering techniques but still bearing a vital ingredient from a bygone era – soul.

David concludes: “When the likes of Ferrari and Aston Martin built cars in the Sixties they used a joiner or the likes of a chap called Bob with a file. Almost certainly their cars were not going fit together very well and would be different from one side to the other.

“That has gone now and it’s all been made possible by technology.”