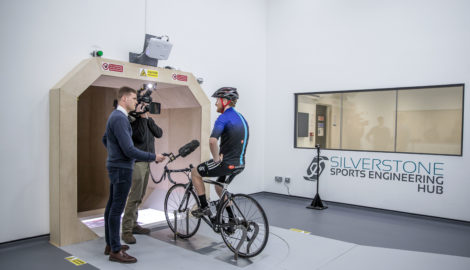 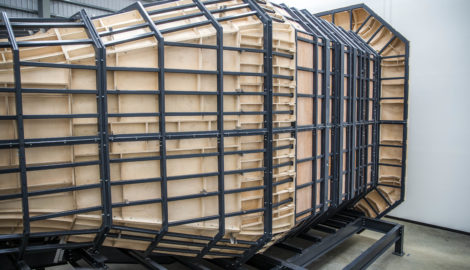 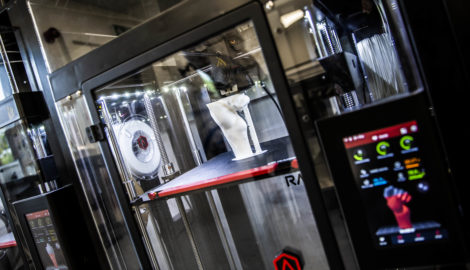 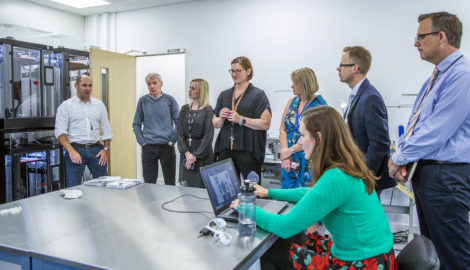 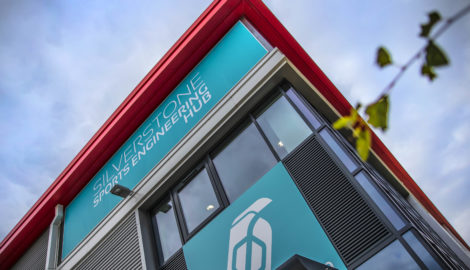 The Silverstone Sports Engineering Hub – which includes two wind tunnels and a sports fabrics R&D centre – is the brainchild of Brackley based aerodynamics and computational fluid dynamics specialist TotalSim.

It is housed in a new 26,400 sq ft building as part of a wider 125,000 sq ft speculative development by Silverstone Park developer MEPC within the Aylesbury Vale Enterprise Zone.

SSEH also acts as an ‘incubator’ for small tech businesses to press ahead with growth ambitions.

Six have already located to offices within the building – each is able to tap into the Hub’s facilities which also include 3D printing.

SSEH’s official opening attracted television coverage on the BBC’s Look East and South outlets as well as BBC Radio Northampton. Combined, the three outlets reach an audience of about 800,000 people.

TotalSim MD Rob Lewis believes the Hub could attract summer and winter Olympians such as sprinters, cyclists, bobsleigh crews, speed skaters and wheelchair athletes in their pursuit of extra performance.

Rob told the BBC’s Kris Holland: “Our background is aerodynamics in motorsport; we’ve taken what we’ve learnt there and applied it to sports such as cycling and that has led to us creating this engineering hub here at Silverstone Park.

“We’ve formed a company with Chris Boardman and KWSP to design, build and sell these wind tunnels around the world.”

Rob added: “Funding from BTVLEP and government has enabled us to lift our vision to enable small businesses in sports engineering to have a presence here, use the facilities and take their ideas into business.

“MEPC has also been highly supportive in that vision and the business offering it has created at Silverstone Park made it the obvious location to develop our hub.”

Cutting the ribbon at the opening was Richard Harrington, Chief Executive of Buckinghamshire Local Enterprise Partnership (LEP) which supported MEPC’s bid to government for Enterprise Zone status at Silverstone Park.

Richard said: “Silverstone is an important development area for Bucks LEP – one which encompasses our Aylesbury Vale Enterprise Zone – and we enthusiastically support the new Silverstone Sports Engineering Hub.

“We are proud to provide Local Growth Funds of £2m to help establish this Hub to put Bucks at the forefront of the development of aerodynamic technologies for high-performance sport.

“This investment links closely with the aims of our Local Industrial Strategy to act as a catalyst for working our economic assets harder with a view to creating more opportunity, more collaboration and more productivity.”

MEPC’s Roz Bird, Commercial Director at Silverstone Park and also Chair of the Silverstone Technology Cluster, enthused: “Here and across the STC region, it’s all about creating new and exciting areas for businesses to develop their ideas and thrive.

“This project shows why Silverstone Park is successful and will be successful in the future in supporting business development.

“It’s about taking a fantastic world class brand like Silverstone and the amazing facilities that are here and then promoting that out to people – some of whom might still be at school or wanting to leave the business they are in and maybe asking if they can build a business. This shows them just what is achievable.

“TotalSim has proven expertise that is already applied to elite, gold medal athletes – for them, this is the next step where the business broadens out that knowledge and the facilities and helps other companies in the UK, possibly abroad and in the local area.