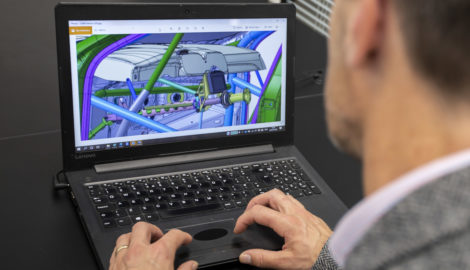 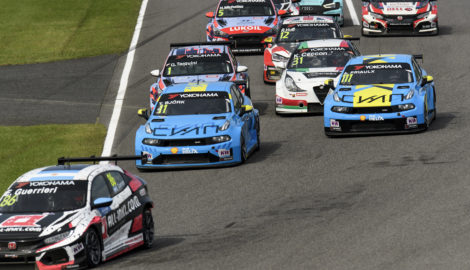 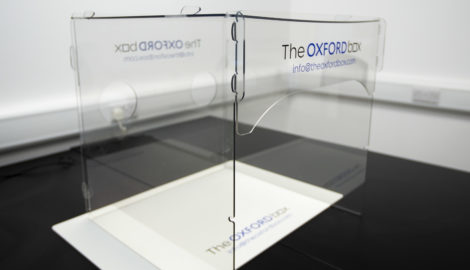 One Group Engineering will continue to operate Chinese-Swedish business Geely Group Motorsport’s (GGM) championship-winning customer programme from its premises at Silverstone Park in 2020.

Although it has four dedicated staff, One Group is in fact a consortium of up to a 20 high-tech engineering and manufacturing individuals.

Aside from stints in GT/sportscars and F1 with Red Bull, founder Ron Hartvelt was a key figure in winning British and World touring car racing titles for manufacturers such as Vauxhall, Nissan and Chevrolet in the 1990s and 2000s.

After founding One Group in 2016, he oversaw Geely’s self-appointed team Cyan Racing as it achieved World Touring Car titles in 2017, 2018 and 2019 – whilst simultaneously building up its customer programme.

This includes managing the build of Geely’s Lynk & Co ‘TCR’ touring cars from its 10,000 sq ft facility at Silverstone Park, plus providing extensive technical support for customers using them in other championships such as World TCR with Cyan and TCR China with Teamwork.

“Supporting cars around the world is an elaborative process,” explained Ron from his office inside the Silverstone Sports Engineering Hub (an ‘incubator’ for tech SMEs).

“Aside from car and parts supply, also we provide technical support – including updates, the data system set-up and calibration, set-up information and simulations that teams want. We also make engineers and technicians available to support events worldwide where needed.”

Although July/August marks a busy period for One Group Engineering, the business still finds time to diversify into other non-motorsport sectors, such as automotive and even medical devices – as well-documented recently with its innovative ‘Oxford Box’ in conjunction with Silverstone Technology Cluster (STC) Ambassador Cristiana Pace and support from Park ‘neighbour’ Performance Projects.

Ron commented: “It’s pretty clear that in modern times that the bigger motorsport suppliers have faced real challenges – the landscape has changed dramatically compared to what we saw in the 1990s and 2000s.

“It means you need be prepared to diversify and transfer skills and expertise to other sectors – in fact some are crying out for motorsport engineering companies to get involved because of the speed, efficiency and precision they work to.

“The Oxford Box was a perfect example of that – the NHS Oxford University Hospital doctors we worked with asked if we could set up a meeting to discuss the project the following week; I said ‘why not this afternoon?’ We had the first prototype ready the following week.”

Although a fan of networking and collaborating, Ron also warns against diversifying too much.

“It’s also important for a business not to lose its core competences when it diversifies, but build on them,” he continued.

“Our DNA stems from a motorsport background where ‘time to market’ is critical; we apply this philosophy to everything we do. Our processes are robust, and our ‘know how’ and ‘excellence in people’ give us our competitive advantage.

“The way we do things can benefit other industries, but only if applicable and we should be careful in diluting these strengths.”

He added: “We work in low volume automotive engineering and dipped into the medical sector with our engineering and project management, and I think we’ve done it well because our cultural mindset has not changed:

“I’d say that impatience can be a virtue…”

Ron believes a Silverstone Park location gives businesses and their customers a sense of being at the centre of something special for those operating in tech-orientated sectors.

“No question that the address helps One Group Engineering’s brand image,” he said: “We are a mini-cluster with our consortium within a cluster (the STC) and that has benefits from an engineering and also a human capital point of view.”