Park businesses contribute to PPE call to action for Northants 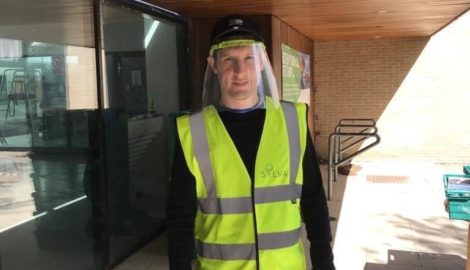 Park businesses contribute to PPE call to action for Northants

The Silverstone Technology Cluster’s (STC) ‘COVID-19 Response Team’, assisted by businesses at Silverstone Park, has helped to source more than 50,000 items of personal protective equipment (PPE) for healthcare workers across Northamptonshire during the coronavirus outbreak.

The Team was formed by Cluster Chair Roz Bird (also Commercial Director of STC founding member MEPC Silverstone Park) in April which then identified with Northants healthcare officials the most urgent items required.

This led to a ‘call to action’ from the STC across its business network to help source and manufacture PPE. Some 50 companies responded offering support.

To date, the Response Team has helped to directly source and deliver the following:

The above figures do not include the efforts of numerous other STC businesses which have also provided PPE and even designed and manufactured specific medical equipment, from ventilators to face shields.

The earliest responses began at Silverstone Park with Polypipe delivering 500kgs of polypropylene that could be used in the manufacturing of face shields/visors.

In addition, much of the Response Team co-ordination has been handled by STC member and Silverstone Park based TD Group’s Julie Stewart. Fellow Park business Lodestar has also contributed by volunteering to transport supplies…

Julie commented: “We have seen some wonderful offers of help – Lodestar making deliveries with its fleet of vans from Silverstone Park is just one example. This provided 500 face shields (of the 650 above) to a South Northants charity that supplies meals to key workers.

“The effort has also helped PPE supplies in local GP practices and medical centres, as well as some businesses which as a result have been able to get some of their staff back to work.

“In addition, we have helped solve some supply chain issues by introducing different suppliers to help cover shortages. For example, a sanitising wipes company was introduced to a new UK supplier for its ethanol.

“Another example was bringing together sewing resources – a cotton supplier and pattern cutters – to expand and speed up the production of gowns.”

Pictured are some of the face shields delivered by the STC/Lodestar recently – to the ‘Chippy Larder’ in Chipping Norton, Oxon and SOFEA in Milton Keynes.