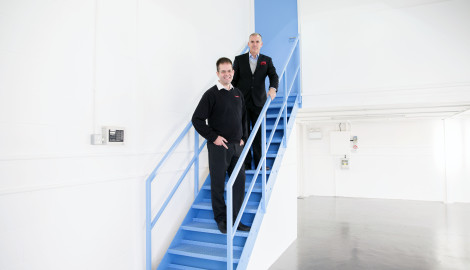 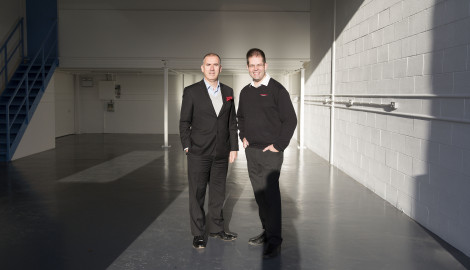 From hot desking as a start-up company to a full-time office in Silverstone Park’s Innovation Centre and now expansion into a full-on design, build & development facility on site: 2018 is set to mark a significant new chapter in engineering specialist Performance Projects’ story so far.

Formed in 2010 by Chris Horton and Terence Goad, Performance Projects has earned an excellent reputation for its engineering solutions within automotive and motor sport circles.

This has included major componentry for Formula 1 teams, whole niche and/or prototype models for large car manufacturers and, within the last 12 months, the core design of an autonomous agricultural vehicle for a leading agricultural name.

“Giving innovative, ambitious companies the right environment in which to thrive is a major priority for MEPC in its development of Silverstone Park.”

With demand for Performance Projects’ expertise at an all-time high, Chris and Terence have now committed to 1500sq ft premises at Silverstone Park – Unit 2220 – and they could soon be on the look-out to increase their numbers.

“Around 1100sq ft of that will be dedicated to build and engineering development capability,” explained Chris. “We have a great track record in design engineering and it’s clear some customers want to receive physical product at the end of it.

“Our new premises give us scope to build whole vehicles and generally deliver more work for our customers, particularly on the autonomous and niche vehicle side of things.

“We’re primarily using the additional space for flexible build area and also to house a restricted zone where some of our most confidential work is kept.”

A £25,000 feasibility grant awarded by the Niche Vehicle Network to investigate hub motors in defence applications will help with investment in equipment.

And Chris added: “Expansion obviously also means opportunity in terms of jobs, and we will be looking to increase our team of resident engineers, supplemented with one or two technicians, plus project managers and supporting admin roles.”

Silverstone Park Commercial Director Roz Bird said: “Giving innovative, ambitious companies the right environment in which to thrive is a major priority for MEPC in its development of Silverstone Park.

“In fact Performance Projects’ expansion comes not long after two of its new neighbours – Delta Motorsport and Bspoke Global Networks – were both also able to expand into new premises on site.

“It’s particularly heartening to see a company that has been based all its life at Silverstone Park taking advantage of what we can offer to confidently make plans and decisions for the future.”