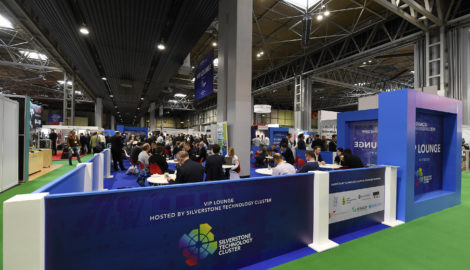 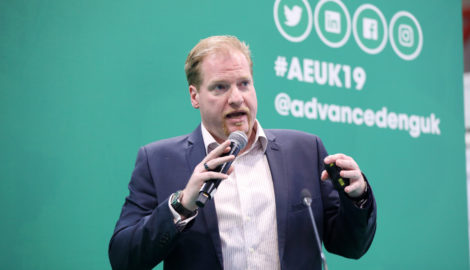 The Silverstone Technology Cluster has revealed over 2,500 people from high-tech engineering and manufacturing – a rise of 40% – visited its VIP Lounge at this year’s Advanced Engineering Show.

The Lounge was hosted by Silverstone Technology Cluster. Complementing it was a new STC ‘Innovation Zone’, supported by STC founding member Silverstone Park, that enabled seven cluster members to showcase their industrial technologies.

“The figures are fantastic but more importantly reflect the high regard in which the high-tech engineering and manufacturing communities now hold the STC,” said CEO Pim van Baarsen.

“The Show is full of high calibre individuals and key decision makers in businesses and other organisations that are leading the way in advanced engineering, electronics and software development for many different industry sectors.

“To have so many people of that calibre visit our Lounge to talk about the STC’s own activities is great news for our members, who are our priority.”

Some 15,000 people are understood to have visited 2019’s Advanced Engineering Show – organisers have indicated that the overall figure will be around 5% up on 12 months ago.

Jeremy Whittingham, Head of Community and Content for Advanced Engineering, said: “Once again we are delighted to have been working with Silverstone Technology Cluster as our VIP Lounge sponsor.

“The work of the STC fits so well with Advanced Engineering’s mission to promote and apply innovation across high value manufacturing sectors, both nationally and internationally.

“Their support and involvement created even more high-level networking and business opportunities during the show between some of the UK’s leading manufacturers, niche players, and technology partners alike. Long may this continue.”

Since its launch in early 2017, the STC now has over 110 member businesses – the majority operating in a wide variety of high-tech sectors including automotive, aerospace, defence, electronics, marine, medical devices, motorsport and software development.

It has also in the last 12 months become a leading voice in the future development of the Cambridge-Oxford Arc with MEPC’s Silverstone Park Commercial Director and STC Chair Roz Bird receiving praise from politicians and developers for views made at a Westminster Business Forum event.

At the STC’s Annual Conference in May, then Exchequer Secretary to HM Treasury Robert Jenrick MP (now Secretary of State for Housing, Communities & Local Government) said the Cluster and Arc had the potential to become “the innovation capital of the UK and a national if not global asset”.