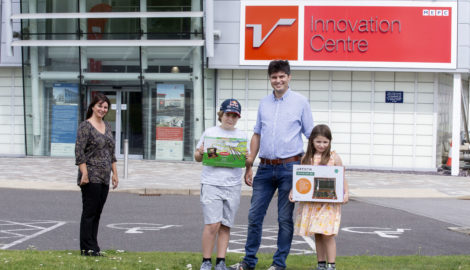 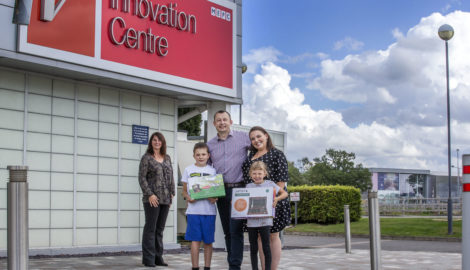 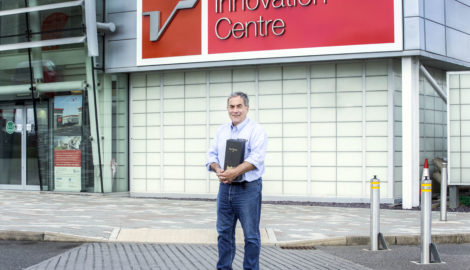 A section on the Silverstone Park website dedicated to occupiers, their staff and families called ‘Park Life’ has offered a range of support during the COVID-19 situation, including several fun on-line activities.

Arts and crafts kits went to Leo and Emilia Wiles (aged 10 and 7) and Jack and Emily Curran (aged 9 and 6) after all four produced some stunning pieces of work in a children’s art competition.

They are the children of ZetaSafe Technical Director Chris Wiles and Fibonacci Director David Curran respectively – CLICK HERE to see their pieces of artwork.

Nicola Howard, Partner, Hospitality Executive at the BWT Racing Point F1 Team received a luxury Fortum & Mason hamper after her very generous top bid of £175 for it during an open auction.

The hamper included a mixture of fine red and white Highgrove wines including Champagne and Prosecco.

Funds raised will go to Katherine House Hospice near Banbury.

There was also a bottle of bubbly – Dom Perignon Champagne, no less – for Alan Docking whose business, famed in motorsport circles around the world, celebrated 40 years inside its premises at Silverstone Park earlier this year.

Alan Docking Racing won in some of international motorsport’s most competitive arenas in the Eighties and Nineties, helping to send some drivers to Formula 1 stardom. It has since morphed successfully into an engineering and fabrication business serving the likes of the military.

CLICK HERE to read our interview with Alan on his business’s history at Silverstone Park.

Ruth commented: “It was so nice to finally present Alan with his Champagne which we have had ‘on ice’ since May!

“Above all, it was nice to see people back at Silverstone Park with smiles on their faces after what has been a really challenging period for everyone.

“Whilst our planned summer calendar of social events has had to be postponed, we remain committed to supporting the wellbeing of every one of our occupiers and their employees.

“We would encourage all our business community to keep checking the Park Life section for latest business advice and also more fun activities as we announce them.”