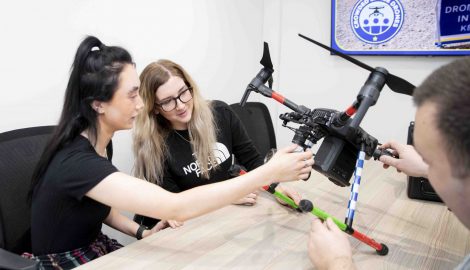 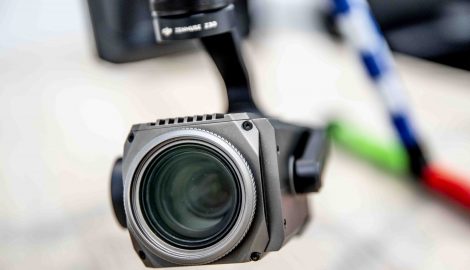 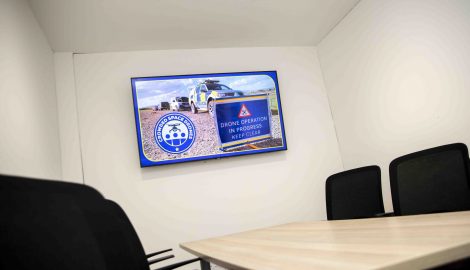 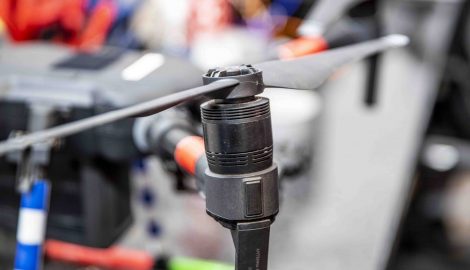 Crowded Space Drones, whose advanced drone technology the government uses to help with counter-terrorism and public safety at high profile venues and events, has located to Silverstone Park.

The business is currently completing a full fit-out of 2,350 sq ft of industrial accommodation.

Inside, after installation of a new internal second floor, the premises will house a broadcasting centre and conference and training rooms for seven full-time staff, plus a workshop to maintain its drones – some costing over £20,000 each.

MD is Andrew McQuillan who was previously head of security for the hit fantasy TV drama Game of Thrones and also in charge of the Drone Racing League (for 150mph drones)!

“We get a pure fibre connection from the Innovation Centre – incredibly fast speeds which is one of the things we require,” he explained.

“Silverstone Park offered us really good options on unit size, but also the location means the travel radius from here is phenomenal – for example we might need to be in Portsmouth to film for Virgin Cruises and it’s still only two hours away.”

Linked up to Crowded Space’s head office in Belfast, the business is CAA (Civil Aviation Authority) accredited – all its pilots are CAA-trained – and, says Andrew, “we’re probably the only business who can do what we do”.

“Essentially, we’re a very specialist drone services company which the CAA will give special permissions to,” he continued.

“After the Gatwick drone incident in 2018, we responded to counter-terrorism police and covered all other UK airports for them.

“Soon after that incident, we prevented someone trying to fly a drone down a runway at another major airport and also potentially into the path of a large passenger jet on its final approach.

“A lot of that work is when we bring our range of detection systems into play – they can detect any drone from around 40km away.

“We undertake similar counter-terrorism measures for governments in the USA and Ireland, but it’s mainly UK.

“We’re also active in other areas such as the Wimbledon tennis tournament for the full three weeks and even I’m a Celebrity, where we use infra-red drones through the forests to detect people trying to access the set illegally.”