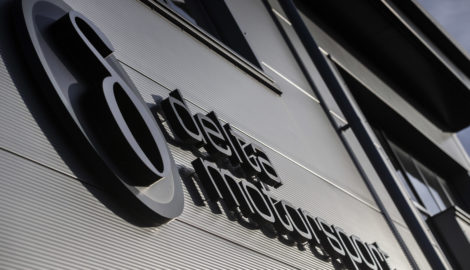 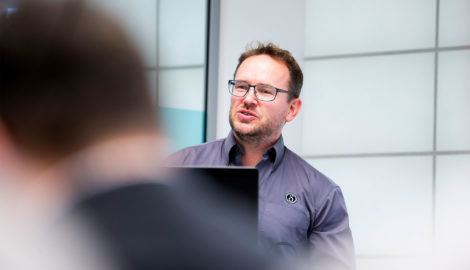 After agreeing to sell his Silverstone Park business Delta to Cosworth, Simon Dowson has revealed he was once turned down for a job by the global Northamptonshire company.

However, had it not been for a moment of rejection some 25 years ago, their success together might never had happened.

Simon explained: “My dad used to run race teams including saloon cars such as the Ford RS500 Cosworths.

“After I graduated, I went for a job with Cosworth… and didn’t get it!

“As engineers, and living and working around Northamptonshire, Cosworth was always a legendary name for Nick and I.

“All their achievements in high performance engineering over the last 60 years is well documented; having them want to take on what we built is a big deal…”

Simon points to Delta’s decision to design and build its own all-electric car, the E4, in 2010 as a seminal moment. This enabled the business to demonstrate its capabilities to OEMs in automotive and other mobility sectors…

He reflected: “Some people maybe thought a decade ago that what we were doing, going down the electric vehicle route, made us a nice lifestyle business – something we were doing for ourselves – but that was not the case.

“We made a conscious decision that this was something people were not doing. As engineers, you crave to do something innovative, so in terms of business direction it looked like ‘there’s an opportunity here’.

“The decision to build our own fully electric car (E4) was the big turning point: it cost us a lot of money, but it was a brave statement – we knew that was what was needed to send a message.”

Whilst the business name has always been Delta Motorsport, Simon says that will be changing…

He continued: “We will be dropping ‘Motorsport’ from the title as I don’t want people to think that’s our specialism – when asked, we are still in a position to design solutions for motorsport projects for clients, although we are more, so much more than that.”

Simon is far from resting on his laurels and insists he wants to keep working just as hard even after selling Delta to Cosworth.

He said: “I’m not the type of person to suddenly think I can kick back. It’s still my responsibility to drive the Delta business forward.

“Not just for me, but for our staff – they came to work at Delta because they like what we do, so I’m trying to make sure I can keep all the good stuff and make it even better for them.”