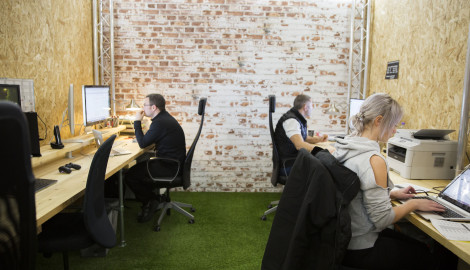 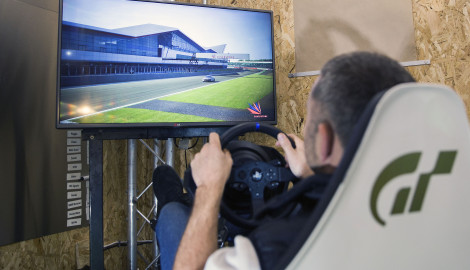 As ‘eSports’ (online video competition) grows at massive speed, Silverstone Park company Octane Junkies could be in pole position to take full advantage thanks to its expert knowledge of virtual reality technology and also one of the industry’s biggest games.

Under the guise of GTA Global, it was Octane Junkies which turned Nissan’s and Sony’s GT Academy programme – essentially training the best drivers on the Gran Turismo games to become real life racing drivers – into a worldwide phenomenon.

Those links with Nissan still exist; Octane Junkies Ltd organises and manages many of the company’s major vehicle launches in the UK and overseas.

Similarly ties remain strong with Sony and Gran Turismo – the latest version of which (GT Sport) has just been released and is expected to take the eSports race driver community by storm.

It all ties in nicely with a move into bigger 1100sq ft premises at Silverstone Park for Octane Junkies. Since its launch in 2012, the company had previously been based in 560sq ft offices in the estate’s Innovation Centre. Typically there is an original feel to its new HQ (a mixture of trussing, plywood and red brick-effect walls)!

“We’ve accumulated a lot of kit in the last five years so this enables us to bring everything – our office and all our assets – under one roof. As for the look we figured if we’re going to have a new office then why not funk it up!” explained Managing Director Laurence Wiltshire.

“Certainly eSport racing is the buzz word. There is a lot of hype around it. Broadband speeds have increased significantly and become more widely available meaning a lot more people have access. The way the games have developed is bringing people ever closer to the real thing. They want more and more…

“One of the big technological breakthroughs is in virtual reality. There are now VR headsets for GT Sport that just blow your mind. The sensations are incredible – it might only be visual in there but it is so real it starts to have a physical effect on you.”

Octane Junkies’ knowledge of the eSports market place through GT Academy – which attracted six million subscribers – means it is well placed to take the latest GT Sport game to the online racing community. It anticipates that talks with Sony and Nissan about a new-look GT Academy will begin soon.

“We are the originators of eSport racing with GT Academy,” added Laurence. “It’s now become very fashionable and we obviously have a handle on the technology and the audience. We’re in a position to take advantage.”

To make it all work means massive cloud-based storage systems plus incredibly powerful levels of broadband – achieved via Silverstone Park developer MEPC’s appointed provider Bridge Fibre. Supersonic-type speeds of 1000Mbps are now achievable on site and, as Laurence’s co-director Martyn Smith pointed out: “We just downloaded the GT Sport here to our systems at Silverstone Park – 43 gigabytes in under an hour. Try that at home and you’d still be waiting three days later…”

Meanwhile Octane Junkies remains busy in managing PR/launch events for car manufacturers with six permanent staff becoming as many as 150 when required.

Recently it designed and lit a drone racing course for Jaguar at Alexander Palace. Much of its work is with Nissan and launches of the manufacturer’s X-Trail model in North Wales and the all new Micra at the i360 in Brighton have had the Octane Junkies’ stamp on them. Not everything is UK based: for GT Academy it closed down a bridge for two days in Abu Dhabi where it also organised racing demos in the deserts and through the streets. There has also been automotive work with Saudia Arabia’s government.

Now though the team is back at base at Silverstone Park following the successful launch of GT Sport in Italy.

“Everything to do with launching GT Academy is based out of this office. It’s cool to be involved and to have it here,” continued Laurence.

“Like any business we’ve shopped about and considered being based elsewhere but every time we have come back to ‘it has to be Silverstone’. For us it’s like a doctor having an address on Harley Street…”