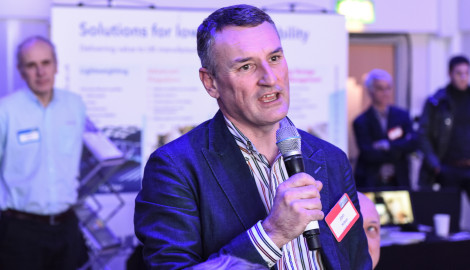 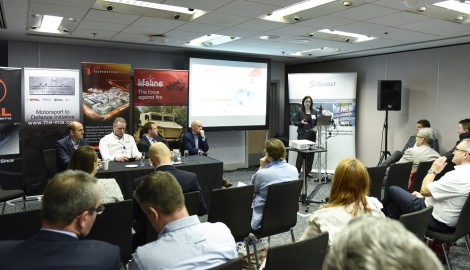 Silverstone Park’s ‘vision to reality’ message could not have been clearer for senior high-tech industry figures during the recent Autosport International Show at Birmingham’s NEC where estate Commercial Director Roz Bird was a key speaker.

The event is among the world’s biggest motorsport shows and annually attracts top names from not just motor racing but also automotive and other billion-pound sectors that rely heavily on state-of-the-art engineering skills and technology.

She also hosted a table of leading figures from successful companies specialising in advanced engineering, manufacturing, electronics and material technologies during the MIA’s annual awards ceremony.

There one of Silverstone Park’s occupiers – Delta Motorsport – collected a prestigious Business Excellence award. Another, the National College for Motorsport, was also short-listed for the Service to the Industry award and was only pipped to it by the neighbouring Silverstone Circuit!

Roz commented: “This is the third consecutive year that MEPC and Silverstone Park has had a presence at Autosport International and I’d say this has been the most productive.

“At the show I was able to update key high-tech companies about the progress MEPC is making at Silverstone Park, including the new Metrology Facility in conjunction with Hexagon Manufacturing Intelligence, the development of 125,000 sq ft of new industrial units ranging in size from 5,000 sq ft to 30,000 sq ft and the confirmation that the area in which Silverstone Park operates is a special high-tech cluster, like to Cambridge UK.

“As well as presenting each day, MEPC launched a new video of Silverstone Park (CLICK HERE).

“I also managed to hold about 20 separate meetings and host a table at the MIA Awards dinner where one of our key customers – Delta Motorsport – won a business of the year trophy. A great start to the year for MEPC and Silverstone Park!”