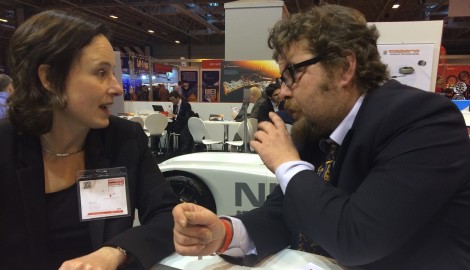 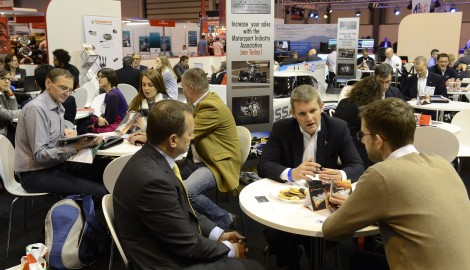 Silverstone Park was among the major players at Autosport International – one of the world’s leading motor sport shows – with sponsorship support of the highly influential Motorsports Industry Association’s stand.

Commercial Director Roz Bird and team were present during the four-day event at Birmingham’s NEC which is attended by some 100,000 people – many of them senior figures in the international motor sport and automotive sectors.

Just over a year since developer MEPC took on management of Silverstone Park, the estate was even shortlisted for a major trophy (Service To Industry) before a star-studded audience at the MIA’s annual awards ceremony.

The four SMEs, now with hot desk licences in Silverstone Park’s impressive Innovation Centre building, were all invited to the show and were able to mingle with many of the key movers and shakers within the high performance technology and motor sport (HPT&M) industries.

Meanwhile Roz (pictured) was also a target for journalists from a number of high-ranking motor sport industry media titles including the Motor Sport, Racecar Engineering, Race Tech and Motorsport News magazines – each eager to find out more about her leadership of Britain’s most exciting business estate that sits next to the Silverstone Formula 1 Grand Prix circuit.

“The show has been a great success for the Silverstone Park story with nothing but positive feedback from the powerbrokers in both the UK and international high performance technology and motor sport (HPT&M) sectors,” commented Roz.

“Our added presence enabled us to spread the word even further to a highly influential group of individuals within key companies and all were very impressed by our marketing collateral which outlines our future plans for Silverstone Park.

“Joining the MIA at Autosport International was an obvious choice – led by Chris Aylett the MIA is everyone’s friend within British motor sport and also clearly a hugely important partner to us as we continue with our redevelopment of Silverstone Park.

“Silverstone Park is also all about supporting the skills agenda and nurturing SMEs for future success and it was very pleasing to see our four competition winners – each with small companies, one made up of motor sport engineering students, and all with great potential – taking advantage of our being there and really doing some great networking.”