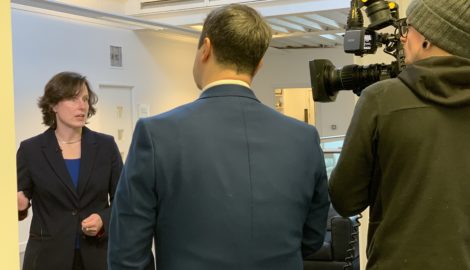 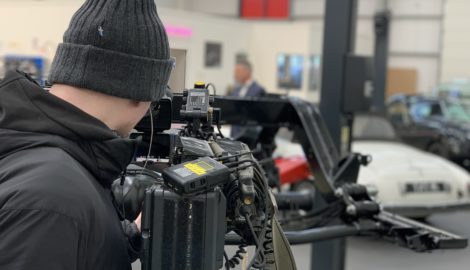 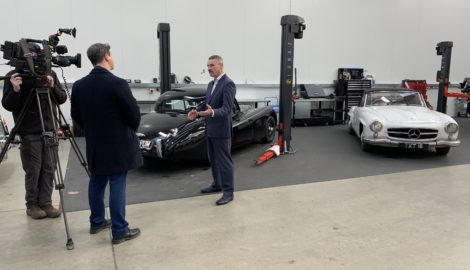 Silverstone Park was the focus of BBC TV cameras earlier this week as the broadcaster’s regional Look East outlet reported on the local business community’s feelings about Brexit.

It was broadcast across Look East’s West region which has a reach of several hundred thousand viewers in Bedfordshire, Buckinghamshire, Cambridgeshire, Hertfordshire and Northamptonshire.

Reporter Stuart Ratcliffe discussed with Roz the types of concerns that companies in the region have aired with her about future trade deals impacting on their ability to work alongside companies in Europe.

Roz said: “To get the chance to work with European companies on funded projects I think is something people are concerned about. They hope they don’t get excluded in the future.”

She was also asked about other ways the government should look at to keep the UK competitive and replied: “It seems odd to us that you invest as a government into ages four to age 18 in education, but then there isn’t really much effort made post-16 and post-18 to work out where young people should go next. That would be good for the economy.”

Meanwhile, Lunaz is set to ramp up production of the luxury classic cars it is converting to electric power in its 11,000 sq ft premises at Silverstone Park.

Jon stated: “I’m very positive about the future in terms of development – we have really good skilled people here, a great enthusiasm for product development and I don’t see that waning at all.

“I think we will attract the very best people to come and work here and that should enable us to stay in front of the world.

Jon also said he believed that Silverstone Technology Cluster’s tech businesses – many of whom have a motorsport background/mentality – have the character to respond to any changes Brexit might bring.

He continued: “I did spend 17 years working in the Formula 1 motor racing industry and the only thing you can be sure of there is change… I think companies will be able to (adapt to change).”