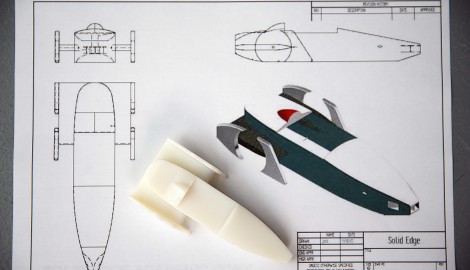 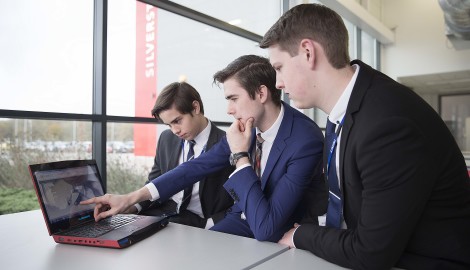 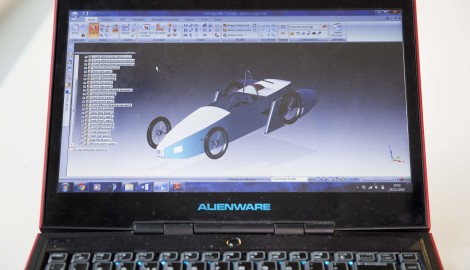 You saw them here first! We catch up with three engineering students at Silverstone University Technology College who, looking to achieve success in 2016’s Greenpower competition, could just be names to watch for in the Formula 1 pit lane in future…

Together Joe Liddiard, aged 16, and 18-year-olds Joe McCormack and Jack King are part of a team comprising fellow UTC students – called Copse GP Racing –entering next year’s Greenpower contest. Formed in 1998 Greenpower is an education trust set up to aid the development of young people and – its racing series calls on budding engineers to design their own electrically-powered racing car and pitch it on track against rivals from all across the UK.

Each car has to meet a strict set of technical regulations to be eligible for a series of races around the country. However the regulations still allow for a fair degree of innovation and the Copse GP students clearly believe they can exploit those rules to the full and be serious challengers at their first attempt. Construction of their car is currently under way prior to a number of tests on track before the Greenpower season begins.

Already those in charge are thinking like motor racing team bosses and are on the prowl for sponsorship and partners to aid design, development, testing and performance.

The younger of the two Joes is clearly passionate about engineering – his parents moved from France so he could pursue his dream at UTC! “I’m really into the design side of engineering but also coming up with solutions to mechanical problems,” he comments.

“But I’m also a fan of entrepreneurialism so have been working with our Team Principal, another student Scott McNair, on PR and the commercial side as well as being a design engineer on our Greenpower project. Ideally we are looking to raise around £5000 – that’s what we believe we’ll need to wring the maximum from everything.”

To wow potential sponsors, the team has even produced a funky 3D print of the machine they have in mind and which shows off aerodynamicist and team technical director Jack’s thinking. Actually the model’s primary reason for existing is so the team can put the design through a small-scale wind tunnel test but it still looks cool!

“While I oversee the design, it’s important to stress we really work together as a team with regular meetings to help each other in every area,” explains Jack. “I’m using Solid Edge CAD software to produce the design – it’s something I’ve picked up very quickly at UTC and the college have encouraged us a lot in using it. It’s been a godsend.

“We believe we are pushing the boundaries of what’s been done in Greenpower before. We are trying some quite clever aerodynamics including an active front-end to the car. Plus nostrils in the nose to reduce the frontal area and also send air out of the side which should increase airflow over the car and reduce drag.

The older Joe is overseeing the car’s build and is a safe pair of hands having already design and constructed space-frame chassis for grass track competition machinery. He adds: “There are other areas where we believe we can make gains. For example the gearing system… we have something we are quite confident can increase our top speed and also the efficiency in the battery life.

“I am passionate about motorsport and moved from Manchester to be at the UTC. My goal is to go into an apprenticeship either as a technician or a race engineer. Greenpower is a great project – it really pushes us as a team.”

The next step, then, is to physically complete the build of the car and then put it on track for a trial run – likely to be on part of the neighbouring Silverstone circuit. Watch this space for more updates on Copse GP Racing’s progress or follow the team on Twitter www.twitter.com/CopseGPRacing