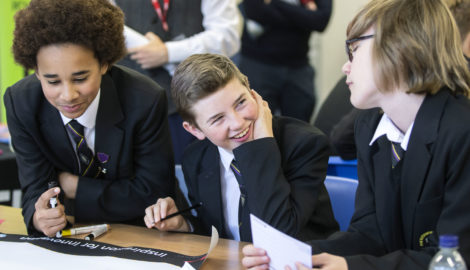 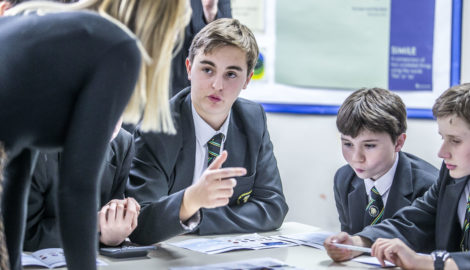 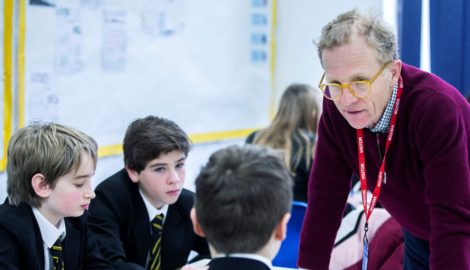 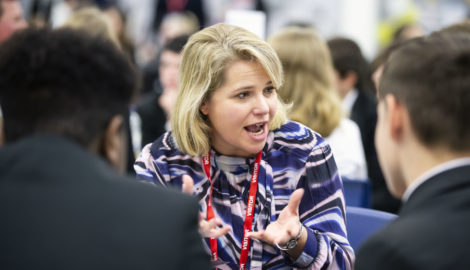 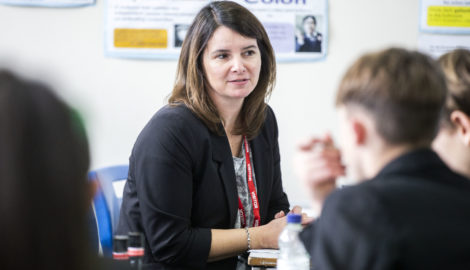 Efforts to achieve 5,000 meaningful encounters between business volunteers and secondary school students in the Silverstone Park region have got off to a strong start.

Some 796 meaningful encounters were reported by 187 Year 6 students at The Buckingham School when Silverstone Park’s Inspiration for Innovation (I4I) programme with Gaia Innovation visited in December.

The figures are based on direct feedback from the students, aged 13 to 14.

The visit, co-sponsored by the University of Buckingham, included speed networking sessions as well as workshops – each designed to improve awareness of career paths and potentially help a ‘skills shortage’ reported by local employers.

Thirty-five business professionals gave up their time for free to listen to and offer advice to the teenagers. Many of the volunteers were from businesses based at Silverstone Park and others from the Automotive 30% Club Outreach Network.

“We’ve never quite known anything like it – an amazing day for our students,” commented The Buckingham School Headteacher Andy McGinnes.

Suzy Pykett, Assistant Deputy Head and Director of Sixth Form,” added: “The students were more engaged and excited than we have seen them before – the hype around the day created a buzz across the school.

“Parents were really interested and so were the wider school students. Colleagues were amazed at the scale and success of the event.”

The programme started in 2018/19 and quickly broke through its initial target of 1,000 meaningful encounters. As well as increasing that target to 5,000 for Year 2, it has attracted five more businesses based at Silverstone Park.

Meanwhile, Sponne School in Towcester has joined The Buckingham School and Kingsthorpe College in Northampton as a partner school. The University of Buckingham is also offering its support to help increase activity.

“I’m so proud to be working with passionate volunteers from Silverstone Park and the Silverstone Technology Cluster business community who want to give their time to make a difference to the lives of the young people in our cluster,” said MEPC’s Roz Bird, Commercial Director at Silverstone Park.

“The feedback from Andy McGinnes and Suzy Pykett speaks volumes; I hope that many of the students will now feel better informed about the options that are open to them and have a better understanding of what it takes to get there.

“A big ‘thank you’ to the Gaia team for organising such an exciting day for the school. The event follows a successful recent visit by Sponne School students to businesses at Silverstone Park and we now look forward to our next activity with Kingsthorpe College in February.”