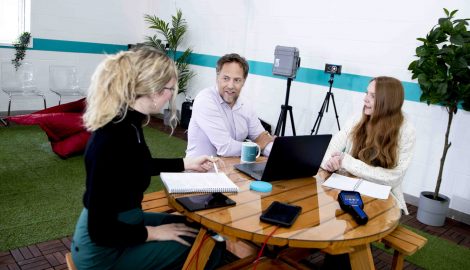 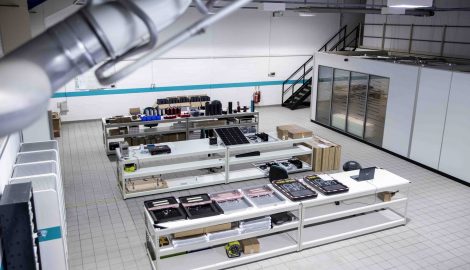 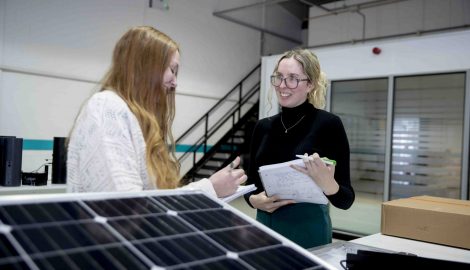 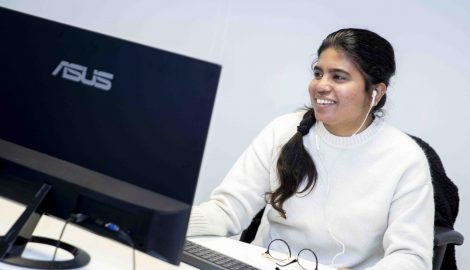 The business specialises in data-driven transportation monitoring through the supply of connected sensor technologies for vehicle, cycle and pedestrian transport modes to local authorities, police forces and government organisations.

These include Natural England, which is tasked by the Department for Environment, Food and Rural Affairs with ensuring protection for and access to England’s natural environment.

Build, design and manufacture of its systems is all carried out at Silverstone Park and the business also oversees installation for customers.

MD Richard Toomey explained: “We supply cutting edge technology that helps customers in the UK and Ireland to build data around the movement of traffic, whilst we also have a distribution network in France that sells monitoring systems worldwide.

“Sustainable transport monitoring has become more prolific – we believe we’re helping to take this to the next step by developing non-intrusive machine learning to determine if it’s a cyclist, a pedestrian, a vehicle etc.

“Traditional monitoring has been used in road sensors or GDPR contentious, vision-based sensors to build data.

“However, with the development of machine learning radar, we are moving to the next generation of detection in a changing street scene environment.”

One system developed by Traffic Technology called REAM (Radar Environment Adaption Module) is designed to improve accuracy, convenance and safety for site operatives, and is used to align the radar with pinpoint accuracy.

The detection and alignment algorithms process each frame, feeding back to REAM and ensuring optimal positioning when trying to detect micro-mobility such as electric scooters.

Richard continued: “Whether it’s sensors in the road or non-intrusive radar technology, our systems are being applied to all terrains, from the built environment to national parks.

“The platforms we use are also compatible with and can link into other platforms to help provide an even bigger picture of travel patterns.”

Richard founded Traffic Technology in 2004 as a one-person start-up enterprise in a garage in Buckingham.

He recalled: “I’d already worked in the sector, so started off with road safety and vehicle monitoring systems.

“I pioneered a ‘non-confrontational’ radar ‘SpeedWatch’ – the type that doesn’t require it to be pointed at the motorist, but instead uses a WiFi system that talks to a tablet box at the side of the road.”

Having built Traffic Technology to its current healthy state, he views the move to Silverstone Park as the latest step forward in the business’s history.

Notably, the business has been able to create a space on its ground floor specifically to entertain clients by demonstrating the technologies it is developing.

Richard explained the appeal of Silverstone Park for the Traffic Technology team.

“We wanted an environment for staff to be enthused by and really wanting to go into work.”

“Before, we were in a cramped space, but coming here it’s a nice environment. We’ve been to one of the networking events which was engaging for younger and older staff.”