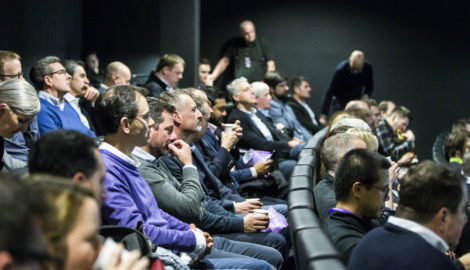 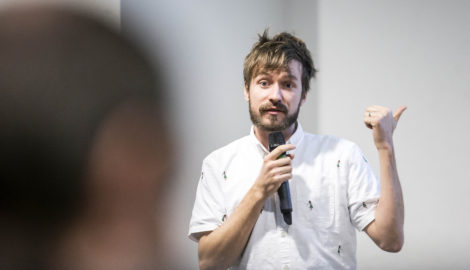 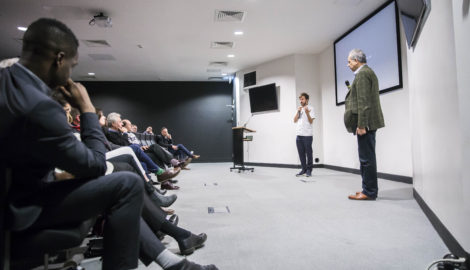 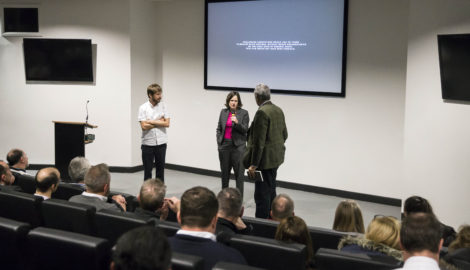 Invited guests from the Silverstone Park and Silverstone Technology Cluster (STC) business community have been treated to a preview of forthcoming movie General Magic ahead of its theatrical release in 2019.

Inside Silverstone Circuit’s Wing building, Director and Producer Matt Maude attended the screening with the private audience and discussed his motivation to make the film in a Q&A session led by Dr Shailendra Vyakarnam, a world class business growth expert.

The movie is a feature documentary that tells the fascinating story of General Magic – a secret start-up launched in Silicon Valley by members of the original 1984 Macintosh Team at Apple.

From 1989 to 1995 General Magic created numerous technological breakthroughs which influenced the current digital age including ideas such as the first smartphones, social media and E-commerce.

Matt Maude commented: “These designers, engineers and entrepreneurs saw the future decades before it happened. The film captures the spirit of those of us who dare to dream big and the life-changing consequences when we fail, fail again, fail better, and ultimately succeed.”

He added: “Silverstone evokes so many memories for me watching Formula 1 with my father on the TV.

“As I’ve grown older and become more aware of Silverstone’s importance as a capital of tech innovation and high performance engineering it’s deepened by connection to this incredible epicentre of design and possibility.

“Bringing the film here is an incredible honour and it’s our hope that the film has left a lasting impact on the entrepreneurs, innovators and designers that make up such an important part of our country’s identity and economy.”

“I continually strive to find new ways to inspire our companies, to take their business to the next level, to think big and then think bigger.

“Giving presentations and supporting peer-to-peer discussions is usually the way we do this but a film can cut to the heart of the matter and convey the message in a more powerful and thought provoking way. I look forward to hearing our audience’s feedback; I hope it has had a real impact.

“We very much appreciate the time taken by Matt Maude and the General Magic team to bring the film to Silverstone and would encourage any tech or business minded individual – particularly young people looking for some motivation – to see the full movie when it is released next year.