“They are doing some great stuff at Silverstone Park…” 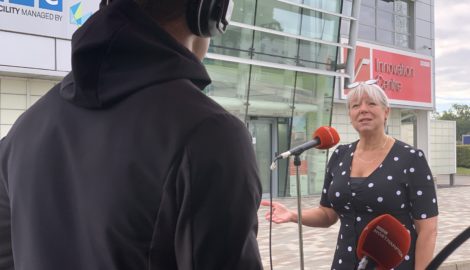 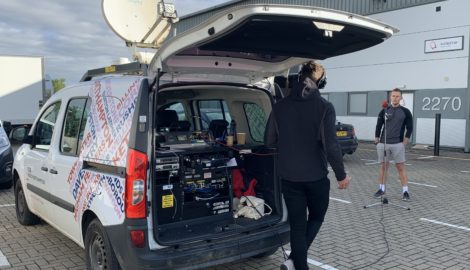 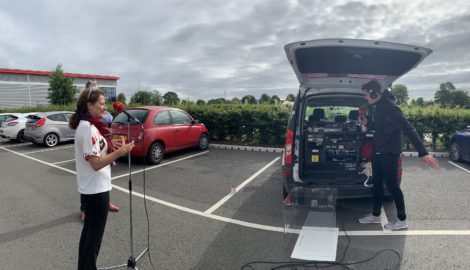 “They are doing some great stuff at Silverstone Park…”

Businesses at Silverstone Park received live BBC coverage earlier this week as the broadcaster focused on their efforts to help essential and frontline healthcare workers during the COVID-19 situation.

BBC Radio Northampton was on location at the Park for its Tuesday morning breakfast show, hosted by Annabel Amos who would later declare on air: “They are doing some great stuff at Silverstone Park…”

Mark and Lizzi explained how they had made their fleet of motorcycles – including brands such as MotoGuzzi, Vespa, Piaggio and Aprilia – available for key workers. They also highlighted their new ‘Wheels to Work’ programme which aims to help young people to work using scooters – thereby giving them an alternative travel option a well as independence.

Tom talked about Lodestar’s work in events management for major motor manufacturers and how, in quieter periods recently, Lodestar provided its vans to deliver food parcels and PPE for Milton Keynes food bank charity SOPHEA which help to feed the elderly and vulnerable.

Julie reflected on her role as a chief co-ordinator for the Silverstone Technology Cluster’s COVID-19 Response Team which, liaising with the STC’s business network, helped to source and manufacture 50,000 pieces of PPE for healthcare workers in Northants.

As a Director of TD Group, a specialist in tech and finance recruitment, she also had advice for local employers and workers in the current climate.

Meanwhile, Ron and Cristiana discussed how, in collaboration with Renault’s F1 team, they had designed an innovative new medical device – The Oxford Box – that is now being used in hospitals across Oxford.

Although both are from motorsport engineering backgrounds, they said this demonstrated how high-tech businesses can apply their innovative thinking to other sectors – particularly medical during the COVID-19 situation.

Combined, the businesses, received around 22 minutes of live BBC airtime, whilst their contribution towards the COVID-19 effort also earned separate mentions in the BBC’s half-hourly news headlines.