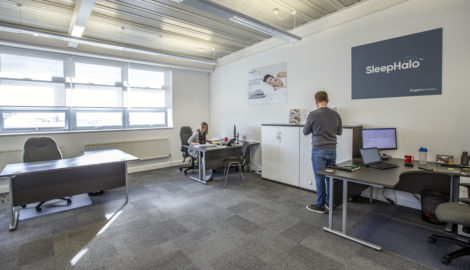 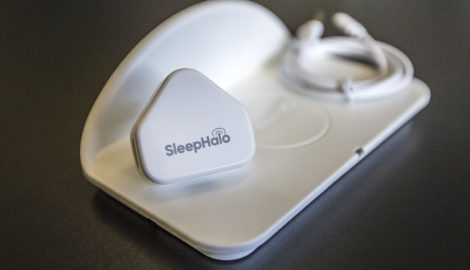 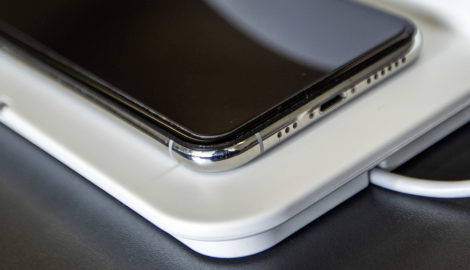 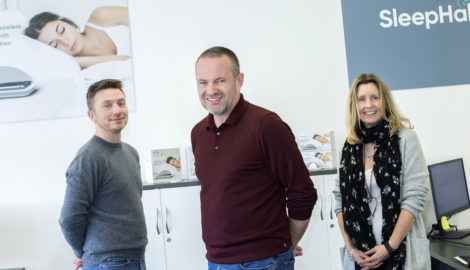 SME Angel Electronics has located to Silverstone Park’s Innovation Centre to launch its pioneering SleepHalo™ product that it says safely protects against human absorption of radiation from mobile devices.

The technology is scheduled to start selling on Amazon’s UK pages imminently, with plans to then roll it out across the online shopping giant’s European, USA and Middle Eastern platforms.

“The idea was in response to my wife’s migraines at night-time,” explained Angel Electronics founder David Clark.

“We were convinced they were being caused by radiation from the bedside table, so we looked around for a device that helped block the radiation.

“We soon realised nothing existed so decided to make something ourselves.”

Astonishingly, within 20 weeks, David, a skilled electronics engineer, had invented the SleepHalo™ prototype – a stylish ‘cradle’ for mobile devices that allows them to stay close to their owner, but which deflects radiation.

He said: “We went and bought test equipment and an assortment of materials to try out a variety of devices, to see if we could stop radiation based half a metre from the user’s head.

“Considering that we had to complete extensive electromagnetic field radiation testing, then develop and make the injection moulding equipment, and then had to get it CE certified to say it is safe to use…

“I have a stunning team of world class people and quickly we realised we’d done it, with tests showing a reduction in radiation of up to 93%.

“It was a breakthrough moment, realising that nobody had done this before.

“As well, my wife is no longer woken up by migraines.”

David added: “We’re not trying to scaremonger at all. But SleepHalo™ is there for people who have concerns about radiation – it also serves as a wireless charger for any Qi-enabled phone.”

Angel Electronics’ office (500 sq ft) at the Innovation Centre will be a nerve centre for its marketing, administration and logistics.

David says Silverstone Park is the perfect address from which to market SleepHalo.

“It’s a fantastic address for any innovative, new company to have,” he continued.

“More than that, though, the prestige of the address supports the reputation and promotion of our name and our product, hopefully globally…”

CLICK HERE for more information about SleepHalo™ and its design.