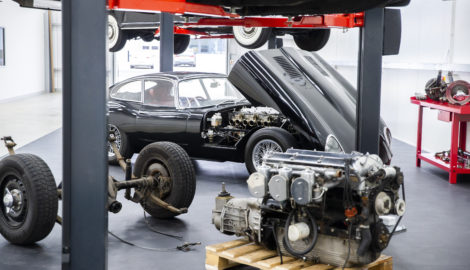 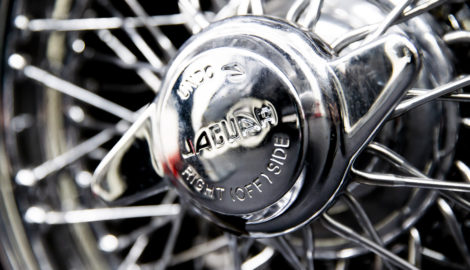 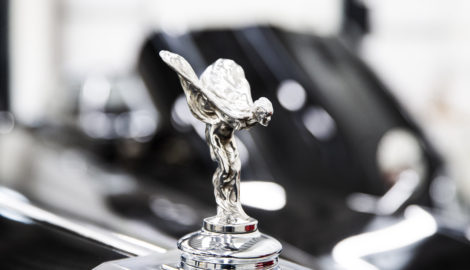 Lunaz has become the seventh ‘vehicle electrification’ business to locate to Silverstone Park but it is offering something rather different – converting prestigious classic/vintage cars to electric power.

Inside new 11,000 sq ft premises, Lunaz’s technicians have already started working on their first projects: a 1950s Jaguar XK120 and a Rolls Royce Phantom from around the same era.

Methodically, each will have its internal combustion engine and transmission removed – to be replaced by sophisticated battery/electric drivetrains designed and developed in-house (power output will effectively double in some instances).

The current full-time workforce of six is forecast to increase to 17 by the end of 2020, so confident are company founder David Lorenz and Managing Director Jon Hilton in the demand for Lunaz’s offering.

Consider that Jon was previously in charge of Formula 1 engine design for Cosworth and Renault (winning the 2005 and 2006 world titles) and went on to launch Flybrid at Silverstone which became the world leader in hybrid flywheel technology.

Jon commented: “We believe these cars will appeal to people who would love a high-end classic but might have concerns over maintenance or reliability. The conversion we plan does away with those worries and potentially opens up a whole new market.

“I’m a classic car enthusiast myself – I own a 1964 Corvette and am restoring a Lotus Europa so fully appreciate how important it is to respect the classic status of these cars which we have to in order to keep the classic registration of the vehicle in any case.

“We are applying modern day engineering, skills and technologies into these beautiful old designs to make them feel and perform way better than they ever did.

“We believe that when complete even the most dyed in the wool classic car enthusiast will drive one and say just how brilliant they are.”

Lunaz hopes to have its first car – the XK120 – on the public roads by July. So just what is going on behind its front door in the next few months?

“It’s a lot more than just stripping it and fitting a battery pack; these cars are 50 to 60 years old so we need to do thorough evaluations of each one before we get to work.

“Our technicians firstly make detailed sheets of notes and they are very skilled – our lead technician is ex-JLR with extensive high voltage training and the rest are graduates from companies such as McLaren.”

In addition to converting the cars from petrol to electric, the cars will undergo:
· Interior renovation to concourse specification
· Upgrading of suspension, brakes and power steering
· Re-worked weight distribution for improved handling

“We will be collaborating and out-sourcing where we need to – there is a plentiful supply of top-class engineering and manufacturing expertise on our doorstep here,” continued Jon.

“But the actual vehicle electrification we want to keep in-house as we want to understand every single aspect of the electric technology on that particular model and put our stamp on it.”

Jon’s past experiences leave him in no doubt that Silverstone Park is the ideal location for Lunaz to fulfil its ambitions.

He said: “People in this region are such bright engineers – young, innovative fresh thinkers who aren’t worried about how things have been done in the past. Many will come from motorsport backgrounds so are flexible in their approach because they’re used to reacting quickly to changes to the rules.

“This a fresh engineering challenge and being able to apply first principle physics and fix things is what this region is famous for. We have some very experienced people here – myself included – but overall it is a youthful minded company which I believe is another major plus.”