The massive project relied on Design Rule’s expertise in ENOVIA software and was implemented from the company’s offices at Silverstone Park’s Innovation Centre.

Meggitt calculated it had one million documents across 15,000 folders to sort – these having been built up by teams dotted around the world over the past 40 years!

“Perhaps the most ground-breaking aspect of the project consisted in the multiple site implementations,” explained Bob Hillier, managing director of Design Rule on the ADSAdvance.co.uk website.

He added: “This is where the partnership with Visiativ really made a difference because it allowed us to take advantage of ENOVIA’s flexibility to adapt the software to each division’s culture, structure and way of doing things.

And said Meggitt design engineer Andy Lodge: “Although we are part of the same company, the two divisions have different company cultures and backgrounds.

“One of the biggest challenges was harmonising the requirements between the two sites. Design Rule, Visiativ and our IT departments worked closely for several months to align the project from a hardware and software point of view.”

The contract with Meggitt is another feather in Design Rule’s cap – in July it was appointed by niche British sportscar manufacturer Morgan Motors to manage a PLM upgrade to the Dassault Systèmes 3DEXPERIENCE platform from SmarTeam.

CLICK HERE to read a more in depth article on Design Rule’s project with Meggitt. 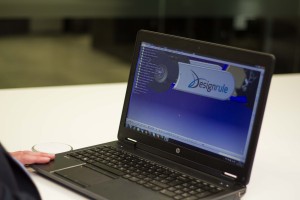