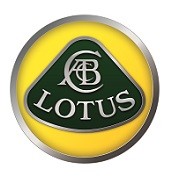 Lotus is truly one of the world’s legendary car brands founded by one of the greatest automotive pioneers of all time, Colin Chapman.

Fitting, then, that the company’s dealership at Silverstone Park – a natural home for high performance technology and motor sport innovation – should be among its three most successful across Europe.

“We are one of the largest Lotus dealers in Europe based on new car sales volumes and are often vying for top position with two other dealers (one of which is also UK based),” comments Matthew Haskins, the dealership’s Brand Manager.

“We have also just won the prestigious Lotus Dealer of the Year 2014 award which is voted for by the Lotus forums. The largest part of our success is down to the people in the business but without a shadow of doubt location has played a significant part – you would just want to buy a sportscar from Silverstone!”

That award is down to more than just selling cars and indeed Lotus Silverstone is a one-stop shop for anyone investing in one of the manufacturers’ dream machines.

Matthew continues: “Aside from the new and used car sales we also have a full after-sales set-up which includes offering all the most up-to-date diagnostic services for Lotus vehicles. We can also carry out air conditioning work.”

Just like its Silverstone Park neighbours Porsche and Ducati, Lotus is all about stirring the soul among driving enthusiasts and has been ever since the late Chapman began producing road cars alongside his F1 team. Think the 7, the Elan, Elite, Eclat, Europa and Esprit (and the under-water getaway by James Bond in ‘The Spy Who Loved Me’)! What’s more, Lotus has always made it cars look sensational and the same can easily be said of its latest models, the Elise, Evora and Exige – the latter, arguably the ultimate track day machine, having recently been voted ‘car of the year’ by evo magazine, Britain’s top supercar read.

Matthew explains: “An extruded aluminium resin bonded chassis forms the basis of the road cars and the bodywork is made from a mixture of composites including high pressure resin injection. Many of our competitors still make cars from steel with a monocoque construction.”

Lotus Silverstone was created in 2009, borne out of a long and successful relationship between Lotus Cars and Silverstone Circuit via the latter’s driving experience centre. Those links continue today and mean other obvious benefits for Lotus Silverstone which can take advantage of some of the circuit’s higher profile events and use them indirectly for marketing purposes.

“Because we are part of the Silverstone Circuits business we often get involved with events that are operating at the circuit. For example we recently had a stand at the Silverstone Classic (the world’s biggest historic motor racing weekend) at the end of July where we were selling Lotus merchandise and had a display of the current Lotus product,” continues Matthew. In fact many of Lotus’s original racing F1, sports, saloon and GT cars were either on display or competing at the event.

Indeed Lotus will forever be synonymous with winning in Formula 1 in the Sixties, Seventies and Eighties with legendary drivers such as Stirling Moss, Graham Hill, Jim Clark, Jochen Rindt, Mario Andretti, Ronnie Peterson and Ayrton Senna with some of the cleverest designs ever seen in Grand Prix racing. It’s little wonder that a sense of heritage runs deep through the company and inside Lotus Silverstone there are some lovely subtle reminders of the past.

Perhaps the most notable, mounted on a wall overlooking an Elise, Evora and Exige, is an original famous ‘black and gold’ sidepod from the late Ronnie Peterson’s 1977 South African winning Lotus F1. It is Peterson, of course, who features in arguably the most famous F1 photo ever taken during a GP at Silverstone with his incredible sideways 150mph piece of car control through the old Woodcote corner…