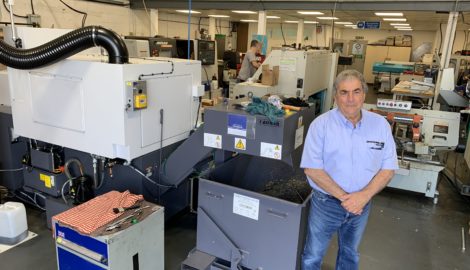 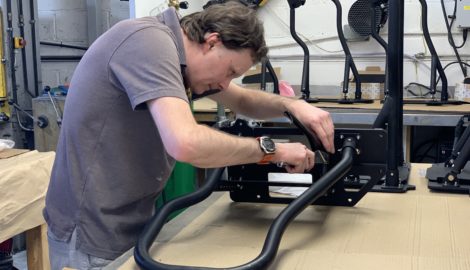 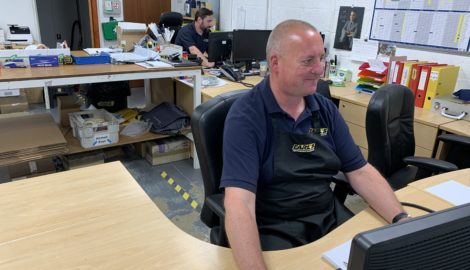 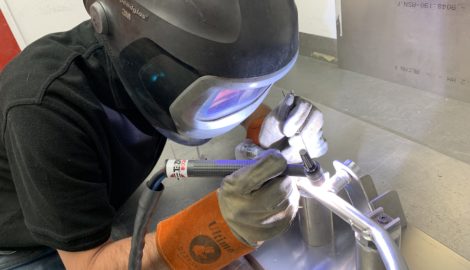 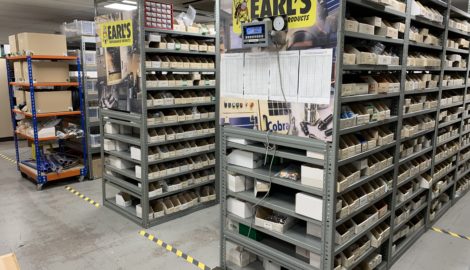 May 1980: The Empire Strikes Back opens in cinemas, Mount Helena erupts, Nottingham Forest win the European Cup and Alan Docking moves into Unit 15 at Silverstone Park. And he is still there!

Correct: May this year marked 40 years since motorsport legend Alan located his eponymous Alan Docking Racing team in the building.

From Australia, he set up the business at Silverstone in 1978, originally in ‘Nissen huts’ near to the circuit’s main entrance.

Two years later came the move to Unit 15 and for three decades ADR would go on to work with famous manufacturers such as Ralt, Reynard, Toyota, Toleman and Mazda, plus numerous top driving names in international Formula 3, Formula 2 and sportscar racing – including the likes of future F1 stars Stefan Johansson, Mika Salo and Mark Webber.

The business also enabled some of motorsport’s brightest young engineers to make a name for themselves – Pat Symonds, at the time loaned from Toleman and who later was instrumental in Renault’s F1 title-winning successes, being among them.

“There are some drivers you get close to and have a lot of success with, but that goes for some of the staff who move on to bigger and better things – putting the building blocks in place for them to progress up the ladder is always nice,” reflects Alan.

Although the racing side stopped five years ago, Alan had been astute enough in the Eighties to spot other opportunities which ultimately led to his business expanding into neighbouring Unit 16.

Nowadays, the Docking Engineering name is a go-to company for fabricating cooling systems and fuel tanks/systems for drones and other aircraft. Next door, Earl’s Performance Products Ltd supplies high performance hydraulic hosing and fittings to motorsport customers across the UK.

Combined the businesses employ same 25 people and says Alan: “I only ever came over here to have a poke around in motor racing.

“I was thinking I’d only be here for a couple of years as a working holiday, but I’ve stayed ever since. It’s been a hobby for me. OK, it’s my livelihood but I’ll be doing it ‘til the day I die…”

Alan adds: “I started a fabrication corner just to repair or modify things on race cars, but in about 1984 I could see there was some potential there. It’s looked after itself ever since. Earl’s came along in 1990 but more space was required so we managed to get into Unit 16 as well.

“The drones thing was always pretty interesting and it came about through a motorsport contact. We ended up with a deal doing radiators for a business who only thought they could get them from China – to put in drones used for target practice by the military.

“That led to us building fuel tanks to make them go longer and faster. We’ve been supplying them with fabricated componentry for some time now and they sell to the military in many countries.

“We have a design engineer with all the CAD capability. If a customer requires us to finish off their thoughts we can do that to complete a design; alternatively a company will send their own designs and we can work with that.

“On the fabrication side, we have folding machines, brake presses, guillotines and the usual welding preparation as well as ultrasonic cleaning.

“I’m in there generally running around or delivering stuff or enjoying myself.”

Alan is remarkably modest about his motorsport successes – in the Eighties, ADR ran the official Mazdaspeed entries at the world famous Le Mans 24 Hours sportscar endurance event (in addition to its F3 and F2 programmes). This was after it already won the coveted British F3 title three times (it came close to a fourth crown in 1990). It later went on to play a big part in the A1GP and SuperLeague series and also ran collaboratively in the European Le Mans Series with neighbouring Park occupier Delta Motorsport.

Perhaps that modesty is because Alan is not one for looking back too much. Indeed, he is a big fan of MEPC’s development of Silverstone Park…

Alan continued: “It’s fascinating to see it; it’s like moving from a couple of outbuildings to a city; it’s stunning.

“It reminds me a bit of the development of Milton Keynes which has gone from a titchy village to a massive spread out city.

“It’s great to see it. It’s a big challenge that they’ve taken on, but you’ve got new industries and business coming in, and it’s nice to see the villages in the area benefiting with new homes going in to help with staffing people who live locally.”

Motorsport remains very much in the blood, though, and, even at 72, Alan admits: “If the opportunities came knocking I’d be there again competing on track.

“We’ve moved across all levels and if someone came along with the right budgets, and I felt there was a bit of a future there, then we’d take a good look at it.”