BRDC adds to praise for MEPC’s development of Silverstone Park 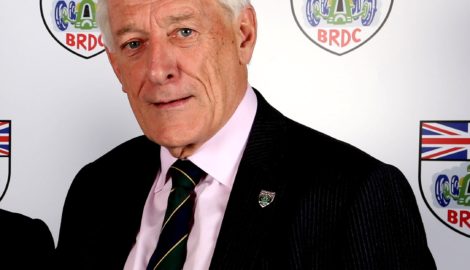 BRDC adds to praise for MEPC’s development of Silverstone Park

John Grant, Chairman of Silverstone Grand Prix circuit owner the British Racing Drivers’ Club, says he is delighted with the latest progress at Silverstone Park and the BRDC’s own mutually beneficial relationship with the high-tech business estate’s developer MEPC.

Speaking in the BRDC’s 2018 Yearbook, John Grant commented: “Development of the entire Silverstone estate continues to gather pace, with yet more new buildings springing up at Silverstone Park and eagerly awaited projects now coming to fruition around the circuit.”

He added: “I’m pleased that MEPC is attracting the calibre of tenants to enhance the reputation of Silverstone as a cornerstone of the UK high tech, high performance sector.

“MEPC and the BRDC bring complementary strengths which are enabling us to deliver our joint vision for Silverstone as one of the top motor racing destinations in the world and a world-class centre for motorsport and performance engineering.”

His words coincide with Motorsport Industry Association CEO Chris Aylett’s recent praise for MEPC’s work at Silverstone Park and the benefits this is bringing to both the Silverstone brand and motorsport within the UK. CLICK HERE for full story…

Furthermore, Silverstone Park’s growing reputation under MEPC’s management as a world class business destination for high-tech engineering companies comes as Silverstone and the BRDC look ahead to an exciting 12 months of their own.

In the BRDC’s Yearbook, John Grant continued: “Complementing the visibly growing presence of Silverstone Park, at the BRDC we’re looking forward to the opening in Spring 2019 of The Silverstone Experience, a £20 million family-oriented visitor attraction, and are now in advanced discussions about a new hotel which we expect to greatly enhance Silverstone’s facilities for all our visitors.”

And he said: “Motor racing, of course, continues to be the heart of Silverstone, and we are thrilled to have another full programme of events for the coming year, including the British Grand Prix, a new three-year contract for MotoGP, the World Endurance Championship, the first ever Silverstone round of the burgeoning World Rallycross Championship and the hugely popular Silverstone Classic.”