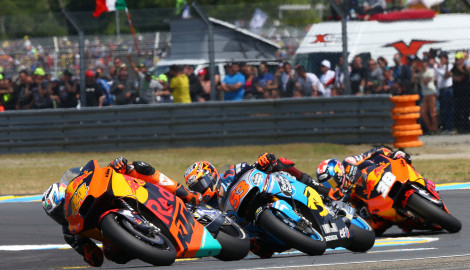 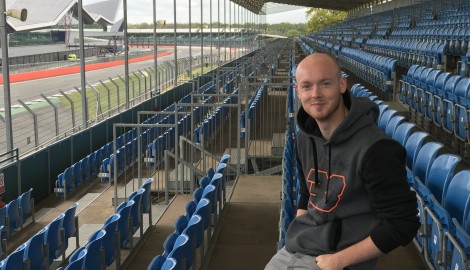 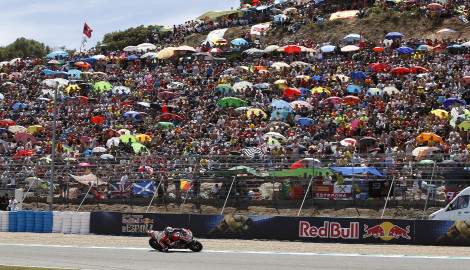 Silverstone Park motorbike companies Ducati UK and KTM UK are getting all revved up for neighbouring Silverstone Circuit’s round of the MotoGP season in just over a week’s time (25-27 August) with staff heavily involved in their brands’ involvement in the showcase event.

The two manufacturers have a major presence in motorcycle racing’s top tier: Ducati is pushing for the outright MotoGP title after winning the most recent race in Austria while KTM’s team arrives at Silverstone off the back of its strongest showing yet in its debut season.

Staff from both companies’ UK headquarters which are located at Silverstone Park have been busy helping to prepare for MotoGP weekend, particularly when it comes to logistics.

Each make has an exclusive 1000-seat grandstand which involves not only ticketing but also preparing an equivalent number of goodie bags containing merchandise.

In addition there are a considerable number of display bikes to arrange (Ducati will be promoting its Ducati and Ducati Scrambler ranges) as well as merchandise stalls which staff will be called on to help run during the three-day event. Paraphernalia on sale can range from baby-grows to helmets, hats, watches, jackets and more…

Exclusive VIP events have also required some meticulous planning. KTM UK will host 100 guests for a chat show with a number of its star riders, including its British MotoGP ace Bradley Smith.

Similarly Ducati UK has invited over 60 guests to a special reception/dinner in the circuit’s BRDC Clubhouse.

Ducati UK’s Marketing & Events Manager Debbie Wiggins explained: “We have 33 dealerships across the UK and this is a great opportunity for them to bring along guests and for us to create loyalty between us and our customers and we always enjoy seeing them.

“It’s also a terrific experience for our staff to get involved with, even though some have to be on site for a 6.00am start!”

And said KTM UK’s PR Manager Luke Brackenbury: “We are going at it in style. The Friday also gives us a chance to give staff a tour of the KTM pit garages – the majority here are hard core motorcycling fans so it’s great for motivation.”