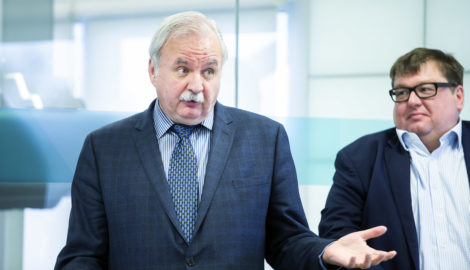 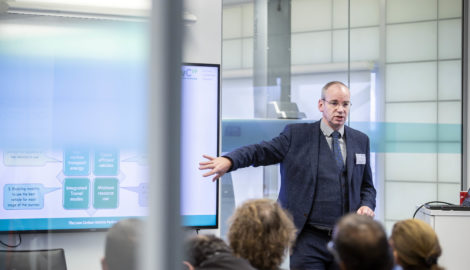 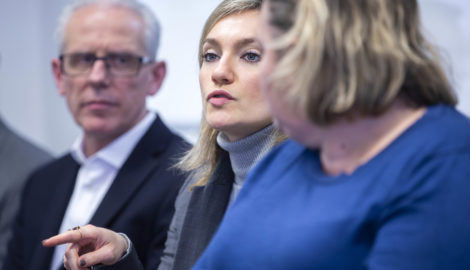 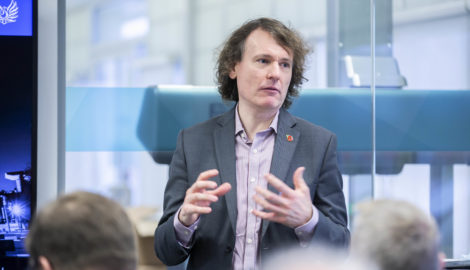 Senior academic and policy figures have reacted positively to a workshop held at Silverstone Park in which they were able to debate the future of electric vehicles with business and industry.

Coventry University’s Centre for Business in Society (CBiS) took advantage of facilities inside the Park’s Innovation Centre and Metrology Facility to host its workshop entitled ‘The Electric Vehicle Transition: A Watershed Moment?’

The event was in collaboration with the Silverstone Technology Cluster (of which Silverstone Park is a founding member) and included break-out networking sessions for its 50 guests.

The audience was also able to put questions to the speakers, plus an industry panel that included Aston Martin, Millbrook Proving Ground, the FIA Formula E Championship, RML Group and Straight 6 Design.

CBiS Co-Director Dr David Jarvis commented: “The event has very much met our objectives and hopes in bringing together industry stakeholders, academics, industry and policy-makers – it’s been fascinating and thought-provoking.

“It’s been more than just delivery of information and instead very much a two-way process: in the lunchtime people were networking and discussing how what they had heard related to their areas of work. We immediately have five people who want to come and have further conversations about how they might work with us.

“I am sure all the speakers will take something away from this event – there were some valuable questions that they’ve perhaps never been asked before.

“We very much hope this is the start of a longer term relationship with Silverstone Park and the Silverstone Technology Cluster. It’s a great facility and a really helpful team of people.”

Colleague and respected global automotive industry figure Glenn Mercer agreed, following his presentation into patterns and perceptions amongst motorists in the USA and Canada.

“It’s been very interesting, and especially refreshing was that the speakers had a pragmatic approach – with very little soapbox shouting – towards what it will take to accelerate the adoption of EVs.

“It might sound clichéd but it’s good to have the interface between government, academia and business and all three were brought together here – when that happens, people let down their defences a little and have some valuable interchange.”

LCVP Managing Director Andy Eastlake, who also spoke at the event, said: “It’s good to get into a community that is genuinely interested in and understands the fundamentals from an engineering and marketing perspective.

“We’ve been given an insight into and looked beyond the technology and seen how that’s going to work in society within the policy framework of government.

“People have also been challenged on various topics but in a constructive way.

“One of the challenges is how we connect with communities far and wide in the UK: so using a network like the Silverstone Technology Cluster to access some really intelligent and hard-working people who are at the coal face is vital for an organisation like the LCVP in terms of making those connections.”