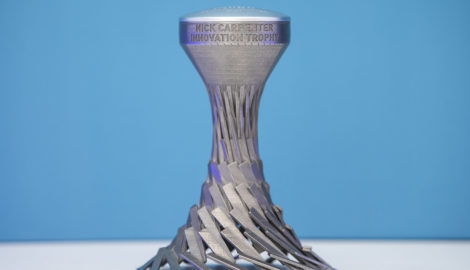 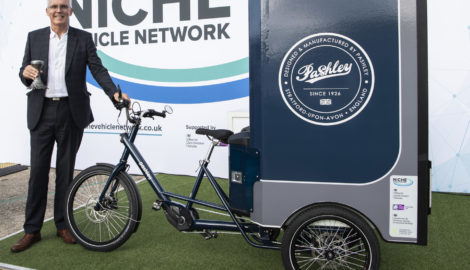 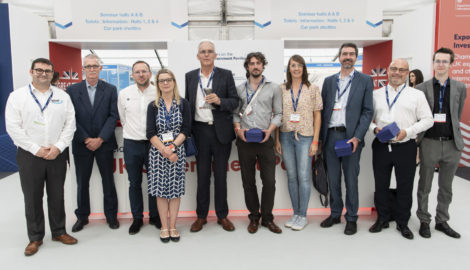 Earlier this year, Delta, which has expanded significantly at Silverstone Park thanks to demand for its expertise in high-powered battery systems, was acquired by engineering giant Cosworth – Nick had already been working on the acquisition with Simon before he passed away.

Simon commented: “Nick was a passionate engineer who was always looking for the next innovation.

“NVN has been an important part of the Delta journey over the years and for them to honour Nick’s life with this award means so much to Nick’s family and I.”

Fittingly, the trophy is made of titanium, manufactured using 3D printing that took the technology to its limits. It includes 15 ‘idea elements’ which symbolise the number of years Nick dedicated to Delta. There are also 51 notches around the top to remember each of the years of Nick’s life and, at the base, four vents – two large and two small which represent Nick, Caroline and their two children.

Scott said: “I’m sure Nick would have really appreciated all those little details and innovations – technical, commercial, manufacturing and environmental – that combine to make it such a worthy winner.”

Pashley’s Adrian Williams added: “It is a great honour to win this award as we know how enthusiastic Nick was to encourage innovative thinking and new product development.”