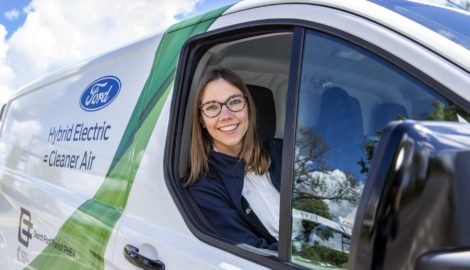 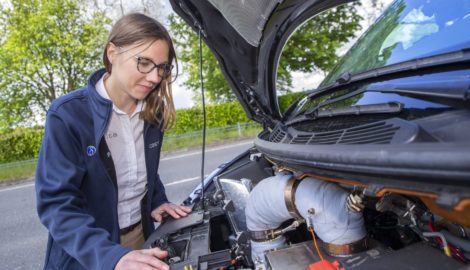 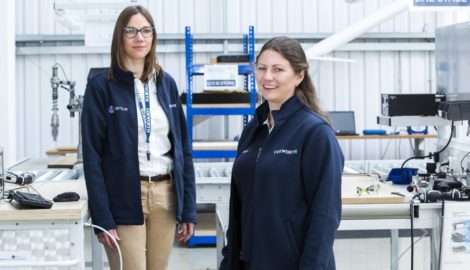 A love of maths and science at school ultimately led to Pauline Dumont leaving home in Belgium to become an engineer in cleantech with the Silverstone Park-based business.

Pauline’s role involves using the mechanical and electronics skills she has developed to figure out how best to fit Delta Cosworth’s innovative range extenders to different types of vehicles. These have included a supercar, a van and even one used by the military.

“It’s like a puzzle you have to solve: where is it going to go, how is it going to work with the cooling system, how do you connect the high and low voltage? But also look at the communications with the vehicle so there is controls engineering.

“I work with lots of different customers and it’s exciting because each project is different.

“This is what I really like about engineering; it is so varied – it can work in so many different fields. It’s generally easy to find a job and the salaries are good.

“You can work in automotive, biology, chemistry, defence or whatever and that’s what people don’t understand – it has so many sides to the coin. It can be for everyone. Nearly every company has a need for engineering input.”

Aged 22, Pauline moved to the UK to study an Automotive Mechatronics MSc (Master of Science) degree at Cranfield University alongside a Mechanical Engineering MSc at the University of Liege in her native Belgium before joining the London Electric Vehicle Company (LEVC) as a graduate.

Now 29, her career path in engineering has already included test driving a prototype electric hybrid taxi over the Pyrenees mountains!

“Suddenly I was working on their hybrid London taxi, helping to build the first prototypes and testing them on test tracks! I even drove one from Spain over the Pyrenees and, later, in Wales to check it worked on hills! It was so exciting because everyone is looking at you driving this really different vehicle. Amazing – a really cool feeling.

“What I’d say to young women is that the image of engineering is changing a lot for the better, so don’t be put off. Engineering is for everyone – if you want to do something you should fight for it and show you can do it.

“I’m only in my late 20s – looking to the future, the sky’s the limit! Decreasing the impact on the environment with cleantech is my guideline for now, but who knows – maybe I’ll be CEO one day!”

Pauline is pictured during one of her latest cleantech projects and inside Delta Cosworth’s premises at Silverstone Park with colleague Vicky Moore who we featured earlier this week as part of our INWED21 coverage.