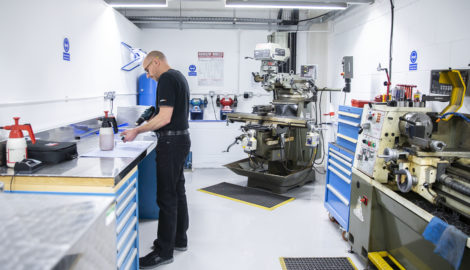 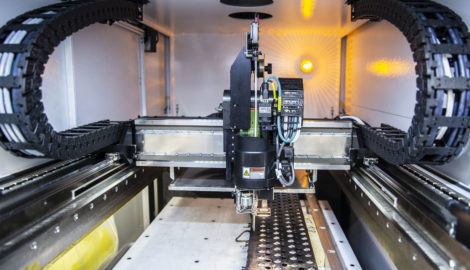 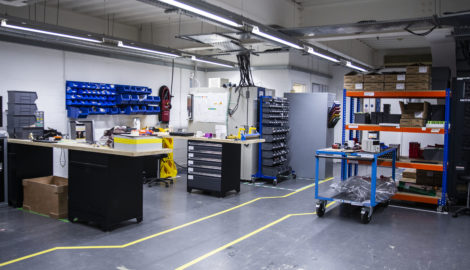 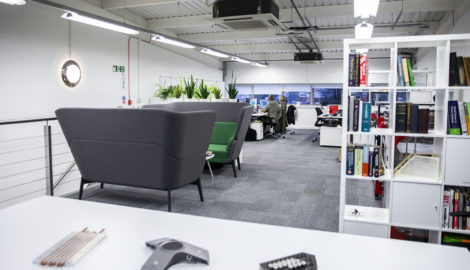 Two businesses operating at the cutting edge of hybrid and electric vehicle technologies have both doubled the size of their premises at Silverstone Park to meet increase in demand for their skills.

Punch Flybrid and Danecca have been able to stay inside the same property as neighbours. But after working through plans with estate developer MEPC, a revised interior means that they have workshops, R&D facilities and office space totalling 4,700 sq ft apiece.

As reported in May 2019, the business is very much on the rise with Managing Director Tobias Knichel successfully taking it into new markets. It now employs 18 people on site with one project in particular taking off heading into 2020.

“This mainly relates to the power generation market,” explained Tobias. “We’ve been able to demonstrate that our system works in real life applications and in challenging environments with ambient temperatures ranging from hot to as low as -18 degrees C.

“We’ve managed to reduce the size of the generator by a factor of more than 2 while improving the performance levels – we’ve also reduced CO emission by 80% and NOX emissions by a factor of 12.”

He added: “All the design is done from our premises here at Silverstone Park. The larger accommodation means we can build up the team as we begin production of the units for our customers.

“We will also now be able to able to carry out final assembly of the units here as well as end-of-line testing which was not possible for us before.”

“We are multi-faced,” continued Tobias. “We’ve also taken on two mechanical engineering graduates – we’re offering a very exciting environment for people coming out of university across a variety of topics.”

Little more than a year later it employs 12 staff, chiefly assembly technicians and mechanical and industrial engineers and is assessing roles for apprentices.

The business’s battery know-how has already taken it in several exciting direction: it designed and supplied the battery pack for Japan’s sensational Aspark Owl hypercar, launched recently in Dubai; and it also worked on Cambridge University’s Bridgestone World Solar Challenge vehicle that reportedly has a battery pack the quarter the size of a Tesla Model 3 yet delivers twice the range.

Danson explained: “The new accommodation at Silverstone Park gives us much needed additional storage but, importantly, it allows us to move into mass manufacturing of one of our projects – battery modules for bus systems.

“Some of our models are already built into public transport in London through contracts with bus repair companies.

“We’ve also got some passenger car work plus some concept work in other bus and truck applications; people are coming to us which is a good feeling.”