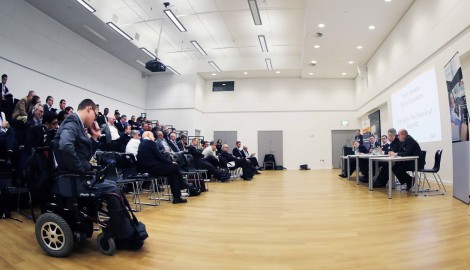 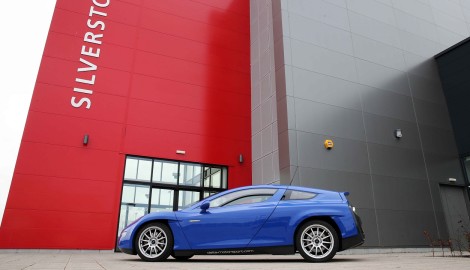 The event, organised by Silverstone Park and held inside the Silverstone UTC (University Technical College), attracted 100 senior figures specialising on driverless vehicles which could become part of everyday life in the next decade.

Among the audience were engineering companies based at Silverstone Park plus engineering students from the UTC and also the University of Northampton.

On display as guests arrived was Delta Motorsport’s state-of-the-art electric car, the E4 Coupe, and enthused Managing Director Simon Dowson: “The event gave Delta an opportunity to show one of our products and to ensure we stay across the interaction of wireless connectivity and autonomy in automotive vehicles.

“The event was very well attended and had some real power players in this technology area both speaking and in the audience. It was great opportunity to showcase the intent of Silverstone Park to technology-led companies who would fit the development plans for the site and could be future customers to Delta.”

Performance Projects Director Christopher Horton added: “The event gave a real insight into the various challenges posed in making autonomous vehicles a reality. The extremely knowledgeable speakers covered the legal and technical milestones of such vehicles, as well as the challenges (new to the automotive market) posed by cyber terrorism.

“The afternoon highlighted a number of ways in which our company might engage in these challenges, and gave us a mechanism to meet a number of new contacts we wouldn’t have otherwise found.

“Hosted by the MEPC team led by Roz Bird, the event was just one of many new initiatives aimed at maximising growth of companies like ours located at Silverstone Park.”

“The fact our event attracted so many prominent figures from these fields in autonomous vehicles speaks volumes for how Silverstone Park’s redevelopment under MEPC is being viewed by the big movers and shakers within the high performance technology and motor sport (HPT&M) industries.

“The event has provided an incredible insight and some really thought-provoking debate into how society could change dramatically in the future in terms of transportation. It has been a resounding success and I would like to thank all the main speakers, the event sponsor Rohde & Wagner and also Silverstone UTC for providing such a superb venue which also added to the experience for those who attended.”