The Niche Vehicle Network (NVN) has already agreed to return to Silverstone Park in 2016 for one of its annual Members’ Forums after its first event at the high-performance technology and motorsport (HPT&M) business estate was voted a resounding success by its members.

Over 100 NVN members attended the Forum, held inside the University Technology College (UTC) that sits on the estate and which was organised by Silverstone Park’s asset manager and developer MEPC. A show of hands at the end was hugely in favour of a return in 12 months’ time.

“The beauty of being here is it feels like there’s a real buzz to the place,” enthused NVN Programme Director Dr Viv Stephens. “It’s been beautifully organised and the lecture theatre inside the UTC that we have used requires no microphones. It’s all just very nicely set up and you could see by the unanimous show of hands we had that everybody thinks this is a great place to be.

“Being at Silverstone is a good draw and today has probably seen our best ever turn-out in terms of people who booked a place and attended. I’m sure Silverstone Park has enjoyed hosting us and sees the benefits of bringing the niche sector here to showcase its own HPT&M capabilities. We very much look forward to coming back.”

During the event some 30 NVN members were each given five minutes on the floor to promote their specialisms to the audience and develop potential collaborations with other companies in the room.

As Viv explained: “The network exists to bring together companies in the niche vehicle sector and give them a common focus on innovation, competitiveness and the drive for success. It is all about collaboration through innovation.”

Three Silverstone Park companies – automotive engineering consultancy Delta Motorsports, coloured carbon fibre pioneer GPF One and electric motorbike manufacturer Meteor Power – were among those to receive a slot. All three were also amongst 11 companies receiving Feasibility Study grants from NVN. In addition six engineering students from the UTC were offered prized seats in the audience to enhance their studies.

Meteor’s Mike Edwards said: “This is a great opportunity to tell everyone what we’re doing which is always a challenge when we have so much R&D going on, but also to meet with other people who may have some interest in what we are doing and wish to collaborate with us. An event of this nature can lead us to some very interesting partners and interesting conversations.”

GPF One director Nick Davies added: “This raises awareness of our Hypetex coloured carbon fibre technology as a new innovative material to a broad range of potential clients. That’s not only to people in the room but also a network of people out of the room. It’s a fantastic opportunity to gain exposure for Hypetex in front of the right kinds of people.”

Silverstone Park’s Commercial Director Roz Bird said: “Silverstone Park was delighted to play host to the NVN Forum. The event was all about encouraging businesses to consider collaborating with each other and that’s exactly the sort of networking activity that we want to encourage at Silverstone Park. We are also really pleased that NVN had such a good time that they want to come back! We would love to host further industry leading events in the future.” Below – GPF One, Edward Ashley Carter 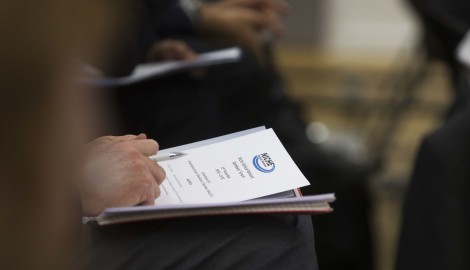 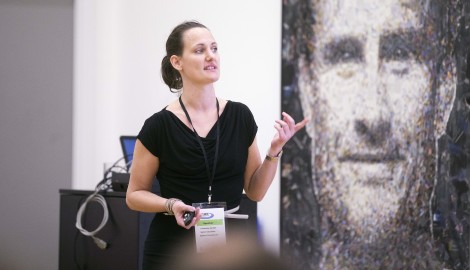