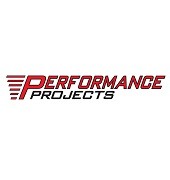 It might not brag about the successes that its mechanical designs bring on the race track too much – often due to secretive contracts – but Performance Projects, based in Silverstone Park’s Innovation Centre, has plenty to shout about.

On track this past week at Barcelona has been one of the company’s latest designs that – fitted to one of Formula 1’s newest cars – was put through its paces earlier in February, also in Spain during F1’s first big test of the year at Jerez.

We’re not allowed to say which team or what component but it is there nonetheless – all designed by Performance Projects’ staff.

The company was formed by Chris Horton and Terence Goad in 2010 and has quickly become established as a leading ‘problem solver’ for teams, not just in F1 but in other top-level race categories including sports cars, GTs and touring cars.

“Ultimately we specialise in the mechanical design of components and assemblies for vehicles in general,” explains Chris. “A lot of that work is in motorsport, but we also work for major manufacturers who want to prove an idea. They might come up with something that they think could be really good, but want someone to produce it in a short space of time so they can show it.

“While we tend to specialise in suspension and chassis design, my background, for example, is in engines and powertrain development, so we cover a lot of the car.

“Typically we stick to a small number of active clients at any one time. This enables us to focus on projects and turn them around very quickly. We are very reactive, which is one of our strengths, and our work is innovative and bespoke, which our customers like.

“F1 teams are interested in our suspension expertise, namely the upright – the bit the wheel bolts to – and associated components. They need something that’s lightweight, meets their stiffness criteria and that is right first time. We also get involved in support equipment – jacks, critical in their rapid pit stops – and have made some very good contributions in those areas.

“In touring cars our work is diverse. It is very regulation bound. The cars are quite established now but teams will still have an inkling of where they can improve and ask us to take a look at their ideas. Last year we had a team struggling to keep engine temperatures under control and we helped them resolve it.

“Since we formed we have worked with three different F1 teams and have contributed to winning titles in F1 and World Touring Cars.

“Back at Le Mans, in sports cars, our suspension knowledge was called on. A team came to us to create their very unusual idea – we took that on and solved a number of very unique challenges critical to the project’s success.”

Terence and Chris boast excellent credentials – unsurprising given the sophisticated levels of engineering and detail to which they work.

Chris continues: “Almost everything we do is on computer screens. The skills in the office are CAD (computer-aided design), core design but also a lot of simulation with FEA (finite element analysis), dynamic analysis… all the expertise you would expect for the level of motor sport we operate at.

“Terence and I worked with each other a while back, but then I went to work on powertrains for Cosworth and he worked in F1 with Toyota and Renault. We are both from very core mechanical engineering backgrounds. Terence got a First Class degree in Mechanical Engineering from Brunel University, whilst I got my engineering degree from Imperial College, London, and then a business degree from Cranfield.

“Ultimately we’re about taking an idea or a set of criteria from a client, working with those numbers, doing some simulation work, understanding what is really necessary and then turning it into a design.

“Obviously we can’t manufacturer bits or build in our office but we do also oversee all of that for customers because we know the right people.”

Their success means Performance Projects could soon be expanding at Silverstone Park.

“We actually started out hot desking in the Innovation Centre – just like Flybrid, which has obviously gone on to expand in a big way on the estate,”continues Chris.

“The option for customers to drop off project vehicles and the chance to assemble on site are both desirable, so expanding into more office space with a build facility are things we are looking at.”