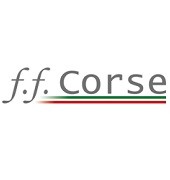 With premises totalling 30,000 sq ft at Silverstone Park, race preparation expert FF Corse’s fleet of client-owned Ferraris is reckoned to be the biggest under one roof anywhere in the world.

430 Challenge, 458 Challenge, 458 GT3, F40… Up to 40 of the legendary Italian manufacturer’s dream super cars, all competition prepared for a variety of race disciplines, are kept inside this ‘Prancing Horse Palace’.

All year round each of the stable’s stallions sees plenty of high speed miles (the majority in races in the UK and overseas) although FF Corse’s logistical expertise also enables it to put on exciting track day events on the Continent for clients.

In motor sport FF Corse’s track record speaks for itself, with some 100 class and outright race wins plus nine drivers’ and teams’ titles across various categories since the company was formed in 2009. Twenty one of those wins came this year along with fifth place outright (and the best-placed Ferrari entry) in the prestigious British GT Championship. The coveted overall Britcar crown added to the impressive silverware collection.

“Ultimately we provide a professional management service for Ferrari Challenge and GT owners,” explains Managing Director Anthony Cheshire. “This means we offer a complete one-stop service to make it easier for the drivers and clients to go and use their Challenge and race cars.

“We specialise only in Ferraris – it’s our history and knowledge. We take people who’ve never been on a track before – giving them driving tuition and teaching them how to use it effectively – up to drivers who’ve raced at quite a high level and currently compete in championships such as British GT.”

Anthony adds: “The majority of cars we prepare are made up of the 458’s latest Challenge and GT3 models. The skills set and investment we have here are vital as the cars are highly sophisticated.

“Our real skill comes when there can be a problem and, let’s face it, every race car has problems from time to time whatever the level or category.

“All our technicians are Ferrari-trained and because of that we can by-pass what can be a lengthy diagnosis and are therefore able to eliminate and fix things very quickly which is crucial when the pressure is on during a track day or race event environment.”

From inside their Silverstone Park premises, FF Corse’s engineers have even redesigned the front bumper and splitter assembly and introduced bonnet vents to improve aerodynamics for the 458. The resulting immediate improvement in the 458’s performance sent orders for FF Corse’s upgrade kit into overdrive from Ferrari teams in the UK to as far afield as Asia and the Middle East.

It all stems from Anthony’s terrific experience and understanding of the Ferrari marketplace which spans some 15 years. He initially helped run a high performance driving course with the late Peter Gethin – winner of the fastest and closest Grand Prix in Formula 1 history (Monza, Italy, 1971). This led to them then operating a similar business years for Ferrari GB, based out of Silverstone and called Fiorano Ferrari.

The global recession, however, hit the business hard and Anthony opted to go it alone. He explains: “It was a great shame because working alongside someone like Peter Gethin was pretty awesome and the business was doing well. He retired in 2005 but it still kept growing – I actually had another ex-F1 driver, Enrico Bertaggia – working alongside me. But suddenly the thing came to an abrupt halt.

“It was a bit of a mad situation because we clearly had the ability to support people, so I put a proposal to some clients – I was prepared to take a risk if they could commit to it.

“A big chunk of our model is looking after people who just want to have fun in their Ferraris, not necessarily race. Silverstone of course is the ideal place to be for track days but we also use other premier race circuits, in the UK and abroad – Monza and Mugello in Italy plus Portimao in Portugal.

“We use our own fleet of trucks for this and it’s really been a case of refining the logistics for these events – particularly when we have race events on elsewhere in the world the same weekend.

“2015 is looking like it’s going to be busier than ever for us but we are always looking at how to grow and expand the business. In motor sport if you stand still you go backwards so it’s all about developing and adding extra for clients.”