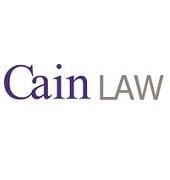 KEEPING YOUR HEAD WHEN ALL ABOUT YOU…

“I enjoy the deals, the people and what goes on behind the scenes… it fascinates me.” Indeed, for someone who spends most of his day untangling complex legal matters for motor sport clients, expert technology and intellectual property rights solicitor Robert Cain rarely experiences a dull moment in his Silverstone Park based office.

His business, Cain Law, was founded in 2009 and operates out of Silverstone Park’s bustling Innovation Centre – home to some 20 or more innovative and entrepreneurial small to medium sized enterprises (SMEs).

From there Robert has become the legal advisor for neighbouring company World Sport Management and the Racing Steps Foundation which funds some of the best emerging British motor sport talent in global competition in cars and motorbikes.

Robert comments: “I had worked for a large law firm in London but went on my own to create a more intimate service and provide better value for money.

“I base myself at Silverstone to gain international recognition. If you’re a brand new law firm it can be difficult convincing people they should use you. Well I’ve certainly removed one of the three unknowns – ‘where are you?’ There aren’t many people on the planet who don’t know Silverstone is in the UK and it’s where motor sport happens…

“The two other unknowns are being able to prove you are good at your job, other than you’ve been around a long time and haven’t been sued, plus expertise which is often taken for granted.

“Ultimately my expertise lay in technology, IP and motor sport. With all that come various legal disciplines such as commercial contracts, licensing, driver contracts, sponsorship, corporate work including mergers, acquisitions, joint ventures and so on…”

Robert has been at the legal heart of cases ranging from suing major motor manufacturers for many millions to off-loading a troubled business for next to nothing. He has acted for several more notable names at Silverstone Park and recently was tasked with representing a client in front of world motor sport governing body the FIA’s Court of Appeal in Paris.

His expertise and ability to present a case eloquently when the pressure is on – and likewise keep the client from cracking under the strain – is a much sought-after skill, particularly in today’s heavily commercialised world.

“The size of cases can range dramatically,” he continues. “Ninety-nine times out of 100 nothing will go to court. The issue is where do you settle? I have known people to break down with their whole livelihood at stake.

“A lot of it can be the same old same old, but in the motor sport industry there are often a few twists and turns. The key is to find a cost-effective solution within the time constraints.

“I like to act as a ‘quasi in-house lawyer’ for people. I can deal with a lot of their needs but I can also bring in other experts both locally and from around the world if needed.

“Intellectual property advice plays a big part in what I do, making sure people understand what rights they are getting or giving away, eg. with merchandising where you have sponsors, organisers, manufacturers, the team and the driver all coming at it from different angles. You need to be able to steer your way through it to be sure you are not promising something you can’t deliver.

“It’s not necessarily that you win someone a lot of money, but you can save them a lot or put them in a better position when the gloves come off!”

Surprisingly, Robert admits to only a passing interest in watching motor racing – he’s much more into his rugby union!

He says: “I got into it because I did loads of work in the past for a World Rally team. Now I am kept busy by a number of motor sport clients and I do enjoy watching a good race, but when I go to the events and meet the people that’s where I start to find it really interesting.”